You are here: Home / Archives for Symach

Symach is currently installing its equipment in Axalta Coating Systems’ new Customer Experience Center (CEC) in North Carolina, which is currently being built and scheduled to open later this year.  “Symach is thrilled to have a technical and professional working relationship with Axalta,” said Chad Seelye, Symach’s vice president USA. “With a paint manufacturer, such […] 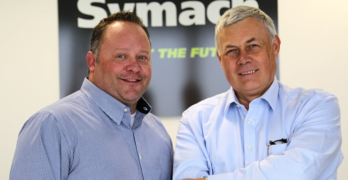 Symach has announced that Chad Seelye was appointed to the role of vice president USA for the Italian-based company, effective October 3. In his new position, Seelye will work in collaboration with the team in Italy to educate the US market on Symach’s European technology and equipment, which includes its patented FixLine process. “We are […]