You are here: Home / Archives for OEM Repair Procedures

The Automotive Service Association (ASA) hosted a bonus Webinar on Friday for a conversation with Bob Redding, ASA’s Washington, D.C. representative, and Steve Douglas, Vice President for Energy and Environment at the Alliance for Automotive Innovation. The webinar was focused on the recent California Air Resource Board (CARB) Advanced Clean Cars II (ACC-II) regulations and […] 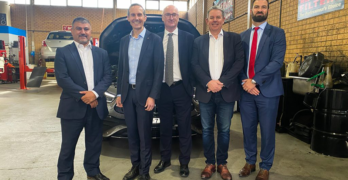 Attendees will earn certificate that can be used towards auto body license training requirements. In this day and age, collision repair professionals cannot afford to fall behind when it comes to evolving vehicle technology and OEM developments and procedures. Recognizing how crucial it is for repairers to have access to as much training as possible, […]

All industry stakeholders invited to join to help develop a more standardized approach to exchange repair procedure information. CIECA has announced the formation of a new Standards Development Committee focused on OEM repair procedures and build sheet data. All industry stakeholders, including CIECA and non-CIECA members, are invited to join. “CIECA’s Emerging Technologies Committee was […] 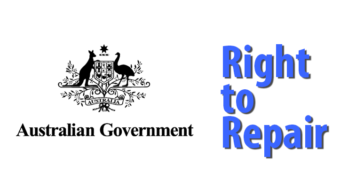 Legislation introduced in January in the Illinois House of Representatives that seeks to amend the state’s insurance code to regulate aftermarket collision repair parts and glass is scheduled to be included an Illinois House Insurance Committee hearing on February 15. Illinois House Bill 4719 (HB 4719), introduced on January 21 by Illinois State Rep. Elizabeth […] 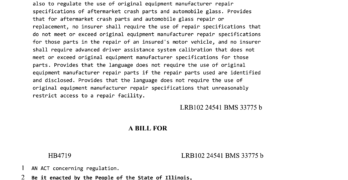 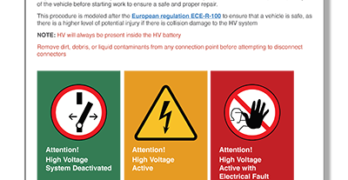 The Inter-Industry Conference on Auto Collision Repair (I-CAR) announced the official release of the Electric Vehicle (EV) Best Practice guide for a High-Voltage Disconnecting Procedure. Information on the procedure, including links to downloadable documents are available online. The document is designed to complement OEM repair procedures, providing guidance for technicians in this extremely important area […]

The CAR Coalition, a group of independent automotive parts, management and repair companies, associations, and insurers released the findings of a national poll focused on consumer choices in auto repair. According to the poll conducted by YouGov, 79 percent of consumers believe that automakers should be prevented by law from restricting access to vehicle data. […]