You are here: Home / Archives for NJM Insurance Company

The Alliance of Automotive Service Providers of New Jersey (AASP/NJ) reported that the Union County Superior Court has rejected a motion to dismiss filed by New Jersey Manufacturers Insurance (NJM) in a class action lawsuit brought against it in New Jersey. The suit, filed in June and led by plaintiffs Sam Mikhail (on behalf of […] 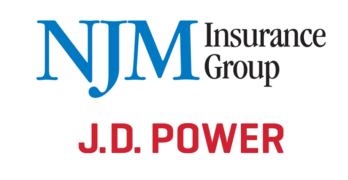 NJM Insurance Group announced that President & Chief Executive Officer, Bernie Flynn, will retire on April 27, , after a career at the Company that spanned 25 years, including the past 10 as its leader. Mitch Livingston, NJM’s Chief Operating Officer & General Counsel, has been selected by the Company’s Board of Directors to succeed […]

NJM Insurance Company announced yesterday that it has expanded its 104-year-old brand into the Commonwealth of Pennsylvania, effective January 1. Founded in 1913 as New Jersey Manufacturers Casualty Insurance Company, the insurer launched a subsidiary to provide commercial and personal auto insurance in 1921. “Since our inception, NJM has been dedicated to fulfilling the insurance […]