You are here: Home / Archives for New Jersey

With a little over two months still left to go before the Alliance of Automotive Service Providers of New Jersey (AASP/NJ) NORTHEAST 2016 Automotive Services Show, held this year at the Meadowlands Exposition Center in Secaucus, N.J. from March 18-20, the association has announced that the event is currently on track to sell out of […] 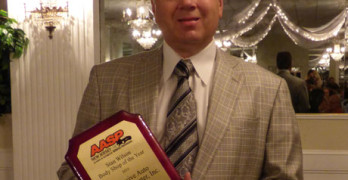 The Alliance of Automotive Service Providers of New Jersey (AASP/NJ) announced the winner of its Stan Wilson Body Shop of the Year award was Anthony Lake of Exclusive Auto Collision in Ramsey, N.J. for his certifications, dedication to shop improvement and his consistent battles in the court systems to challenge some of the everyday obstacles […] 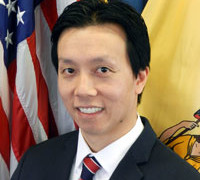 Acting Attorney General John J. Hoffman announced the appointment of Christopher Iu to be the state’s Acting Insurance Fraud Prosecutor, replacing Ron Chillemi. Iu, 37, joined the Attorney General’s Office in 2011, serving first as Special Assistant and later as Deputy Chief of Staff to the Attorney General. Chillemi is going to work this week […]

ABRA Auto Body & Glass expanded in both Missouri and Illinois with the opening of a new repair center in Maryland Heights, Mo. and the acquisition of West Loop Auto Body’s two collision repair facilities in Chicago, Illinois. The company now has 10 locations in Missouri and 42 in Illinois. With the announcements ABRA’s nationwide […]