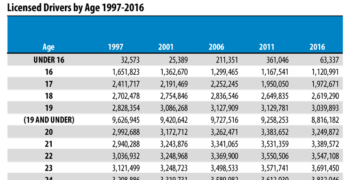 Drivers over 65 continue to increase, teen drivers still near record lows. According to the latest data from the Federal Highway Administration (FHWA) there were a record-high 221.7 million licensed drivers in the U.S. in 2016, including 41.7 million – or almost one in five – who are 65 years or older. This age group […] 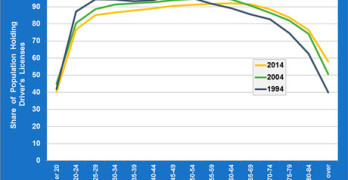 While more and more teens and twentysomethings are forgoing driver’s licenses, the most recent trend holds true for pretty much all age groups, say University of Michigan researchers. In a new report examining changes in driver licensure in the U.S. from 1983 to 2014, Michael Sivak and Brandon Schoettle of the U-M Transportation Research Institute […]