You are here: Home / Archives for Lawsuits

The Alliance of Automotive Service Providers of New Jersey (AASP/NJ) announced it has established a Legal Defense Fund to provide financial assistance to member shops battling industry-related issues through the legal process. The Legal Defense Fund is designed exclusively for AASP/NJ members in good standing, and is offered at the discretion of AASP/NJ’s Board of […] 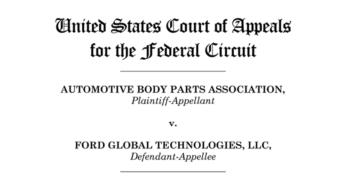 Upholds lower court finding that Ford’s design patents for the F-150 are valid and enforceable. The United States Court of Appeals for the Federal Circuit on July 23 published its public opinion rejecting arguments by the Automotive Body Parts Association (ABPA) that design patents covering a hood and headlamp for the Ford F-150 are invalid. […] 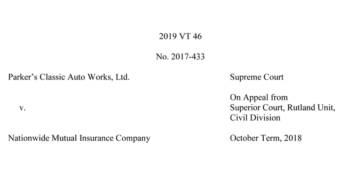 Justices reverse Superior Court ruling in favor of Nationwide Insurance in assignment of benefits lawsuit involving over 70 claims. The Vermont Supreme Court on June 28 reversed a lower court ruling that had overturned a jury award of over $40,000 to a Vermont collision repair facility that had sued Nationwide Insurance for underpayments on claims. […]

LexisNexis Risk Solutions and several of its affiliates have agreed to settle a $5.8 million multistate lawsuit over claims that the company knowingly failed to pay contractually agreed fees for the resale of vehicle accident reports it obtained from law enforcement agencies in Massachusetts and other states. Massachusetts will receive approximately $750,000 as part of […]

Hunter Auto & Wrecker Service, Inc., in Charlotte, N.C. is alleged to have violated federal law when it subjected a female employee to a sexually hostile work environment, the U.S. Equal Employment Opportunity Commission (EEOC) charged in a lawsuit filed June 26. According to the EEOC’s suit, Sharon McInnis worked in a Hunter Auto & […] 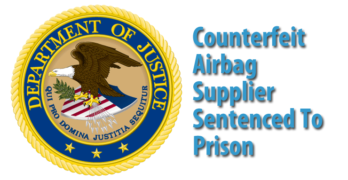 An Iowa company that sells software and data services to auto dealers has agreed to take steps to better protect the data it collects, to settle Federal Trade Commission allegations that the firm’s poor data security practices led to a breach that exposed the personal information of millions of consumers. In a complaint, the FTC […]