You are here: Home / Archives for Insurance Auto Auctions

Ancora Holdings Group, LLC, that owns approximately 4% of the outstanding shares of IAA, Inc. (NYSE:IAA) yesterday released a letter to the IAA Board of Directors stating it opposes the proposed sale to Ritchie Bros. Auctioneers Incorporated (NYSE: RBA) (TSE: RBA) that was announced last week. “We have had long-standing concerns regarding IAA’s capital allocation, […]

Over 900 vehicles donated through program to military families. Progressive Insurance announced its 10th annual Keys to Progress vehicle giveaway taking place today. Ahead of Veterans Day, 100 veterans and military-related organizations across the country will receive the keys to vehicles that will provide reliable transportation, helping them and the veterans they serve get back […] 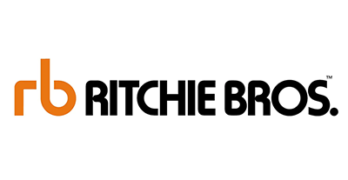 Acquisition combines complementary businesses with vision to create a next-generation global marketplace for commercial assets and vehicles. Ritchie Bros. Auctioneers Incorporated (NYSE:RBA) (TSE: RBA) and IAA, Inc. (NYSE: IAA), announced an agreement for Ritchie Bros. to acquire IAA in a stock and cash transaction valued at approximately $7.3 billion including the assumption of $1.0 billion […]

IAA, Inc. (NYSE: IAA) announced that construction has been completed on a significant expansion to the IAA Phoenix branch. This continued investment has increased IAA’s footprint in the Phoenix, Ariz. area by nearly 30%, helping to support growing customer demand. “The added capacity from this expansion will significantly increase IAA’s presence in the Phoenix market […]

IAA, Inc. (NYSE:IAA) announced a new branch located in West Palm Beach, Florida, bringing its total number of locations in the state to 11 and three in the market. The branch will provide increased coverage in South Florida and will assist in meeting the growing customer demand in the region. “This state-of-the-art branch in West […]

IAA, Inc. (NYSE: IAA) announced consolidated revenues increased 16.9% to $520.3 million in its second quarter ended July 3, from $445.1 million in the second quarter of fiscal 2021. Foreign currency movements had a negative impact of $4.1 million on revenue for the quarter. Revenue from our recent acquisitions of Auto Exchange and SYNETIQ was […]