You are here: Home / Archives for I-CAR

The I-CAR Board of Directors announced details of its updated Governance model that was approved by I-CAR Regular Members at their membership meeting yesterday. The key changes to I-CAR’s bylaws include: Board of Directors Size and Composition: The streamlined and strategic Board now includes fewer Director seats (13-17), while retaining Inter-Industry representation and balance, with […]

The Inter-Industry Conference on Auto Collision Repair, I-CAR, announced the recipients of its annual I-CAR Awards that recognize one individual and one collision repair shop for advancing technical education and professionalism in the collision repair industry. The recipients were named at a special ceremony at the Westgate Las Vegas Resort and Casino during the 2019 […] 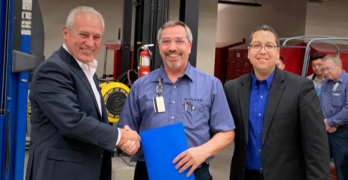 I-CAR has announced that Walt Rundell, an instructor at Ranken Technical College will receive the 2019 I-CAR Platinum/ASE (Automotive Service Excellence) Master Collision Repair & Refinish Technician of the Year award. Rundell was cited by I-CAR for his career spanning nearly four decades, his robust and diverse skill set and his hands-on approach that has […]

The Inter-Industry Conference on Auto Collision Repair, (I-CAR) announced it plans to vote on its new governance structure, that was announced last April, at its upcoming membership meeting on November 7 held in Las Vegas in conjunction with the SEMA show. The training organization is an Illinois corporation that was founded in 1979 to develop […] 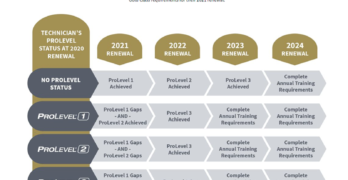 Gold Class businesses and individuals who achieved Platinum recognition by October 1 grandfathered into new program with multi-year transition period. I-CAR announced the official launch of the enhancements to its core education and recognition programs that the non-profit training organization has been working on for the last few years. The changes include enhanced courses and […] 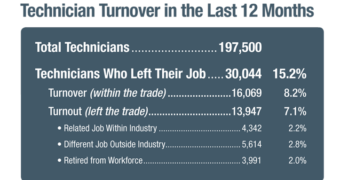 Industry needs nearly 14,000 new technicians each year just to replace those that left the trade. The Collision Repair Education Foundation and I-CAR announced the release of an updated executive summary of the Snapshot of the Collision Repair Industry survey. The survey provides data on both the business environment and the technician workforce. Over 675 […] 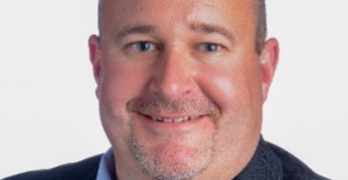 AirPro Diagnostics announced the appointment of Josh McFarlin as vice president of Strategic Business Operations. In his new position McFarlin will be responsible for daily service operations including multiple technician service centers and all field personnel. McFarlin joins AirPro Diagnostics from I-CAR where he was Director of Curriculum and Product Development.  McFarlin is known for […]

Will update timing of new recognition program requirements once delays surrounding new learning management system are resolved. The Inter-Industry Conference on Auto Collision Repair (I-CAR) provided an update on the transition to its new training model that was announced last summer. Due to information technology (IT) system delays, I-CAR is delaying the launch of its […]

PPG (NYSE:PPG) announced that it has joined the recently formed I-CAR Sustaining Partner program. The Sustaining Partner program is a long-term initiative that engages the collision industry’s leading suppliers to support I-CAR in its value-driven technician training opportunities. The program’s goal is to generate additional funding that will help decrease the cost of delivering I-CAR […] 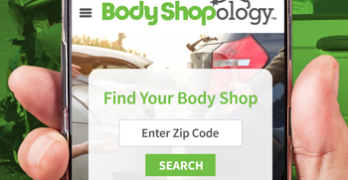