You are here: Home / Archives for Federal Insurance Office

Legislation introduced in both U.S. House and Senate would abolish office association believes serves interest of consumers and collision repair facilities. The Automotive Service Association (ASA) reports that bills to abolish the Federal Insurance Office have been introduced in the U.S. House of Representatives and the U.S. Senate. The association opposes both bills and is […]

The U.S. House of Representatives Committee on Financial Services passed a series of six bills designed to reduce federal regulations. The Automotive Service Association (ASA) reports that one of the bills, HR 3861, Federal Insurance Office Reform Act of 2017, introduced last year was part of the package approved by a vote of 36-21. ASA […]

ASA acknowledges U.S. Senate Banking Committee for saving FIO. The Automotive Service Association (ASA) made the establishment of the Federal Insurance Office (FIO) its top priority during Congress’ consideration of the Dodd-Frank Wall Street Reform and Consumer Protection Act in 2010. Despite significant opposition, FIO did become part of the Dodd-Frank Reform law. According to […]

The Automotive Service Association (ASA) reported that on March 14, the U.S. Senate passed S. 2155, the Economic Growth, Regulatory Relief and Consumer Protection Act, which is a wide-ranging bank deregulation bill that would scale back key parts of the 2010 Dodd-Frank law. The bill passed by a vote of 67-31. ASA Washington Representative Bob […] 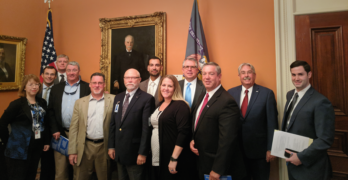 The U.S. Department of the Treasury’s Federal Insurance Office (FIO) announced the adoption of a methodology for monitoring the affordability of automobile insurance. Title V of the Dodd-Frank Wall Street Reform and Consumer Protection Act authorizes FIO to monitor the extent to which traditionally underserved communities and consumers, minorities, and low- and moderate-income (LMI) persons […]