The CAR Coalition, a group of independent automotive parts, management and repair companies, associations, and insurers released the findings of a national poll focused on consumer choices in auto repair. According to the poll conducted by YouGov, 79 percent of consumers believe that automakers should be prevented by law from restricting access to vehicle data. […] 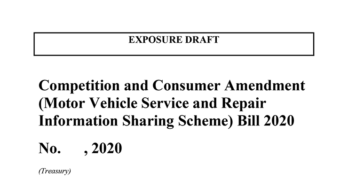 The Australia Treasury Department published an exposure draft of legislation for the mandatory motor vehicle service and repair information sharing scheme. The government is accepting public comments on the proposed law until January 31, 2021. The proposed law requires data providers such as vehicle manufacturers to: publicly offer to supply information used for conducting diagnostic, […]

A petition created by the national education and advocacy campaign Your Car. Your Data. Your Choice. reached 15,000 petition signatures on Friday, Nov. 22, marking a significant milestone in the effort to ensure drivers have direct access to and control of their car data.  “Support for a driver’s right to choose who controls their car […] 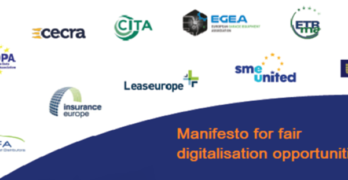 The AAPEX 2019 show will host several events to educate and activate the automotive aftermarket industry in the fight for access to and control of vehicle data through the Your Car. Your Data. Your Choice. national consumer education campaign. AAPEX takes place Tuesday, Nov. 5 through Thursday, Nov. 7, at the Sands Expo in Las […]

The Auto Care Association and the Automotive Aftermarket Suppliers Association (AASA) announced a strategic partnership to educate and activate the industry and consumers in the fight for access to, and control of, vehicle data through the Your Car. Your Data. Your Choice. national consumer education campaign. The education initiative was created to engage car owners, […]

Executives from nine auto care industry companies met with U.S. Senator Marsha Blackburn, R-Tenn., on Friday, July 19, in Memphis for a roundtable discussion facilitated by the Auto Care Association on the industry’s most pressing public policy priorities. The roundtable began with an overview of the auto care industry’s significant presence in Tennessee, exemplified by […]

Survey findings reveal low awareness among U.S. vehicle owners of the data their cars produce as well as who owns this data. More than 8 in 10 U.S. vehicle owners and lessees believe car owners should have full access to and control of their vehicle’s data, including maintenance and repair information, according to the results […]