You are here: Home / Archives for Crash Avoidance 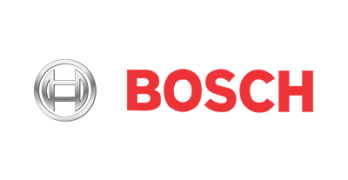 The human costs associated with injuries and deaths from vehicular accidents are substantial and Bosch continues to seek and introduce products to avoid accidents and the associated injuries. New accident research from Bosch reveals that equipping heavy trucks with advanced driver assistance systems (ADAS) such as lateral actuator systems may also significantly reduce the costs […] 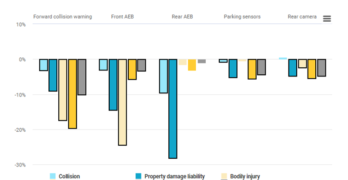 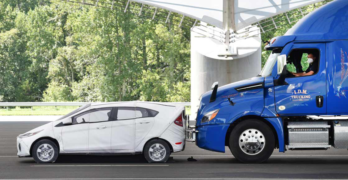 Equipping large trucks with forward collision warning and automatic emergency braking (AEB) systems could eliminate more than 2 out of 5 crashes in which a large truck rear-ends another vehicle, a new study from the Insurance Institute for Highway Safety suggests. IIHS Director of Statistical Services Eric Teoh examined data on crashes per vehicle mile […] 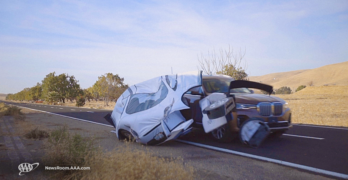 AAA automotive researchers found that over the course of 4,000 miles of real-world driving, vehicles equipped with active driving assistance systems experienced some type of issue every 8 miles, on average. Researchers noted instances of trouble with the systems keeping the vehicles tested in their lane and coming too close to other vehicles or guardrails. […] 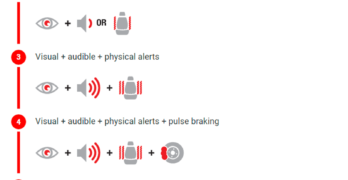 The Insurance Institute for Highway Safety has issued a set of research-based safety recommendations on the design of partially automated driving systems. The guidelines emphasize how to keep drivers focused on the road even as the vehicle does more of the work. According to IIHS, today’s partially automated systems still need the driver to be […] 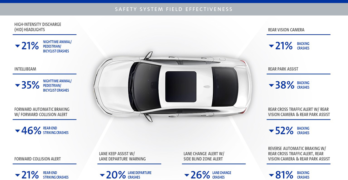 Analysis of accident reports in 10 states show significant reduction in collisions on vehicles with installed GM safety tech. General Motors and the University of Michigan Transportation Research Institute (UMTRI) released details of a study of the performance of collision avoidance technology on GM’s 2013-2017 product line.  The results show that several of these features […] 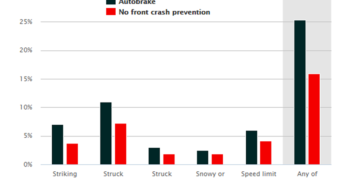 In the latest edition of the Insurance Institute for Highway Safety (IIHS) Status Report, the organization reports on the results of a new study into the performance of auto braking systems designed to reduce collisions. According to the report, when it comes to preventing typical front-to-rear crashes, automatic emergency braking is a proven winner. But, […] 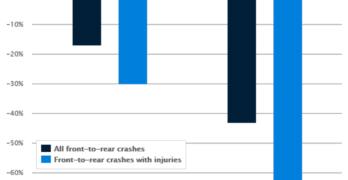 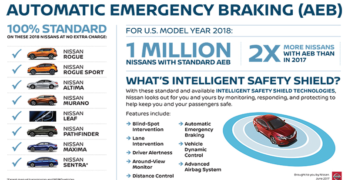 More than doubles the number of AEB-equipped Nissan vehicles versus 2017 model year. Nissan announced that it is making Automatic Emergency Braking (AEB) standard on a projected one million vehicles sold in the United States for model year 2018, including seven of the company’s most popular models – Rogue/Rogue Sport, Altima, Murano, LEAF, Pathfinder, Maxima […] 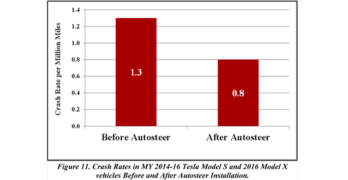