You are here: Home / Archives for CARS

S/P2 and CARS Cooperative announced they have partnered to provide CARS members with access to the S/P2 Careers database of entry-level technician candidates across the country. Each CARS member will receive $100 in S/P2 Careers credits that they can use to recruit students who are in or have recently graduated from automotive career tech programs. […]

If you have a presentation you would like to share with professionals in the independent automotive service and collision repair industry, the Automotive Service Association (ASA) would like to hear from you. ASA is accepting proposals for presentations to be given during the education conference at the 2016 NACE | CARS Expo & Conference Aug. […] 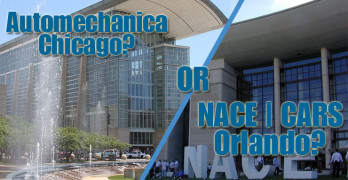