You are here: Home / Archives for Antitrust 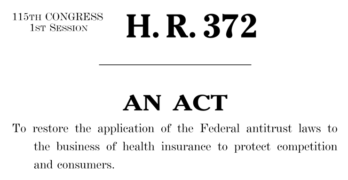 Insurance group concerned about impact on other types of insurance. ASA sees opportunity for meaningful insurance reform. The U.S. House of Representatives passed H.R. 372, the Competitive Health Insurance Reform Act of 2017 on Wednesday by a vote of 416-7. The bill would repeal the limited antitrust exemption for health insurers established by the McCarran-Ferguson […]

Kiekert AG, an automotive parts manufacturer based in Heiligenhaus, Germany, has agreed to plead guilty and to pay a $6.1 million criminal fine for its role in a conspiracy to rig bids of side-door latches and latch minimodules installed in cars sold in the United States and elsewhere, the Department of Justice announced today.  According […]

Company Agrees to Pay $7.2 Million Criminal Fine Usui Kokusai Sangyo Kaisha Ltd. (Usui), an automotive parts manufacturer based in Shimizu, Japan, has agreed to plead guilty and pay a $7.2 million criminal fine for its role in a criminal conspiracy involving automotive steel tubes sold to automobile manufacturers in the United States and elsewhere, […] 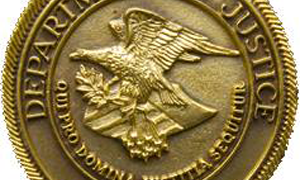 A federal grand jury in the U.S. District Court for the Eastern District of Michigan returned an indictment charging one current automotive parts industry executive and one former automotive parts industry executive with conspiring to obstruct a federal investigation.  The current executive also was charged with attempted obstruction of justice, the U.S. Justice Department announced. […]

NSK Ltd. settlement will benefit indirect purchasers of parts, including dealers and consumers, whose prices were inflated due to illegal price fixing. NSK Ltd. announced Friday that it has agreed to settle class action lawsuits with some indirect purchasers, including automobile dealers and consumers, that are part of the plaintiff classes in litigation pending in […]

The U.S. Justice Department announced yesterday that Nishikawa Rubber Co. Ltd.  has agreed to plead guilty and pay a $130 million criminal fine for its role in a conspiracy to fix the prices of and rig the bids for automotive body sealing products installed in cars sold in the U.S. According to charges filed yesterday […]

A federal grand jury in the U.S. District Court for the Southern District of Ohio returned two indictments charging Japanese automotive parts companies, their U.S. subsidiaries, and a total of five executives for their alleged participation in international conspiracies to eliminate competition in the sale of automotive parts sold in the United States and elsewhere, […]

The ongoing price fixing investigations being conducted by the U.S. Department of Justice Antitrust Division and the Federal Bureau of Investigation netted its latest guilty pleas. Corning International Kabushiki Kaisha (Corning International K.K.) has agreed to plead guilty and pay a $66.5 million criminal fine for conspiring to fix prices, rig bids and allocate the […]

The former president of an automotive parts company pleaded guilty yesterday and was sentenced to serve 18 months in a U.S. prison for his role in a conspiracy to fix prices and rig bids for the sale of automotive body sealing products sold in the United States, the Justice Department announced. Keiji Kyomoto, a former […]