You are here: Home / News / Uncertainty Continues to Cloud Consumers’ Outlook on the Economy

Consumer sentiment was essentially unchanged in September, just 0.4 index points above August, according to the University of Michigan Surveys of Consumers. Consumer sentiment is viewed as a leading indicator of economic activity and sharp declines have often preceded or happened during the early point of recessions.

The one-year economic outlook continued lifting from the extremely low readings earlier in the summer, but these gains were largely offset by modest declines in the long-run outlook, said U-M economist Joanne Hsu, director of the surveys. 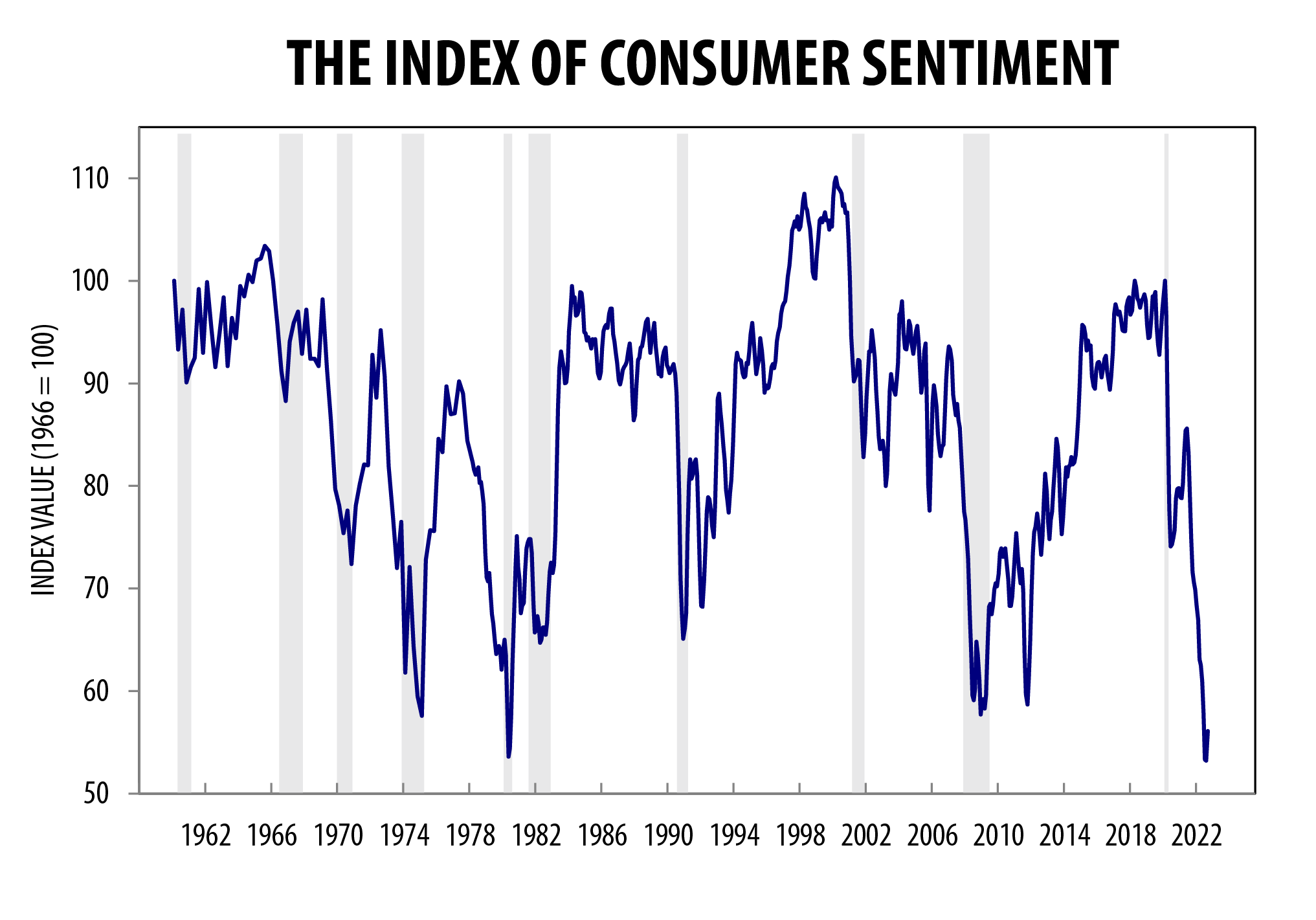 The chart above shows the Consumer