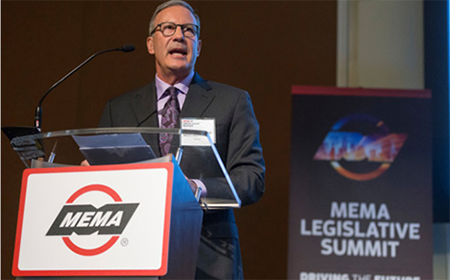 Steve Handschuh passed away on August 22.

A native of Baltimore, Handschuh joined MEMA as President and Chief Operating Officer of MEMA’s Automotive Aftermarket Suppliers Association (AASA) division and was named President and CEO of MEMA in 2013. Handschuh retired in December 2018.

An automotive aftermarket industry veteran of more than 40 years, Steve is known for his service to NAPA AUTO PARTS/Genuine Parts Co. for 18 years, including serving as NAPA president from 1998-2004. Steve later served as