You are here: Home / News / AkzoNobel Reports Revenue Up 14% in Second Quarter

Akzo Nobel N.V. (AKZA; AKZOY) reported revenue for the second quarter was up 14% to €2.853 billion ($2.909 billion) and 10% higher in constant currencies. The company reported its pricing up 16% companywide, offsetting the increase of raw material and other variable costs. Volumes were 9% lower. 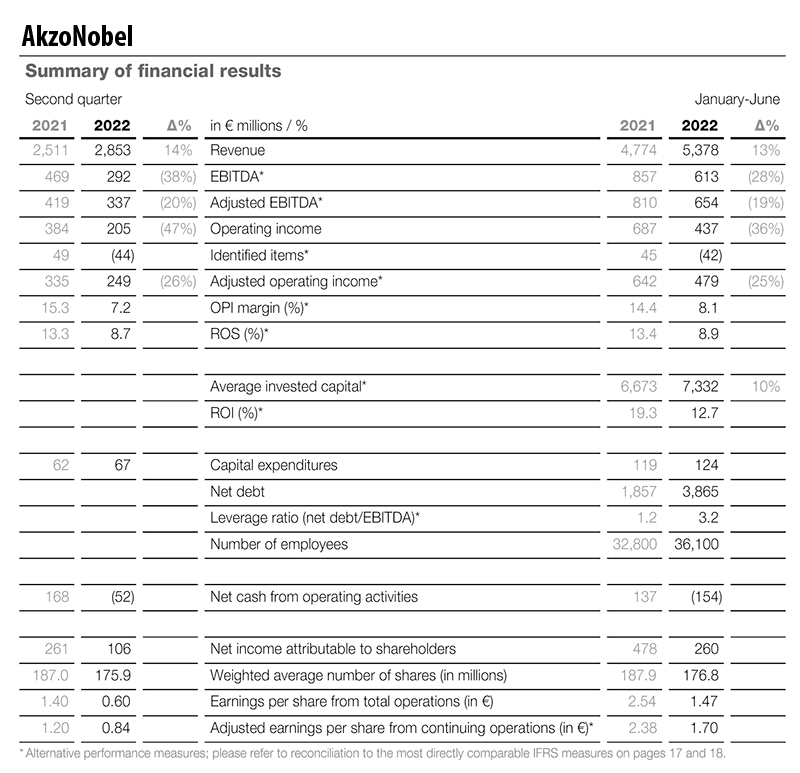 “Our Q2 results were clearly