Consumer sentiment was relatively unchanged in early July, remaining near all-time lows according to the preliminary University of Michigan Surveys of Consumers report released this morning. The Index of Consumer Sentiment stood at 51.1 for July, up 2.2% from 50.0 in June, but down 37.1% from 81.2 in July 2021. Consumer sentiment is viewed as a leading indicator of economic activity. 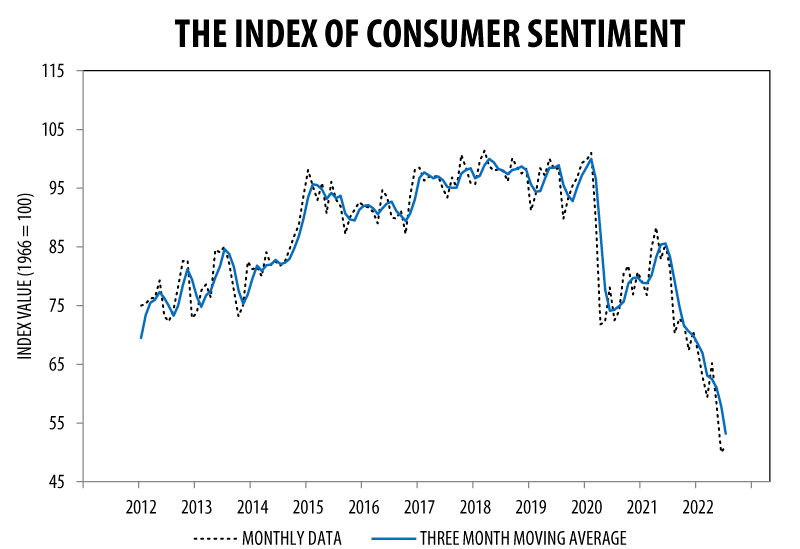 According to Surveys of Consumers Director Joanne Hsu, current assessments of personal finances continued to deteriorate, reaching its lowest point since 2011.