Last year one in four hurricane claims were auto claims.

In 2021, State Farm received around 119,000 claims from hurricanes in nine states totaling approximately $1.2 billion in claims paid to help customers repair and rebuild. The storms included in the 2021 claims data include Henri, Nicholas and Ida. These storms had a major impact on nine states listed as the top states for hurricane claims in 2021. Louisiana was the top state with 75,400 home and auto claims at $866 million paid to customers. 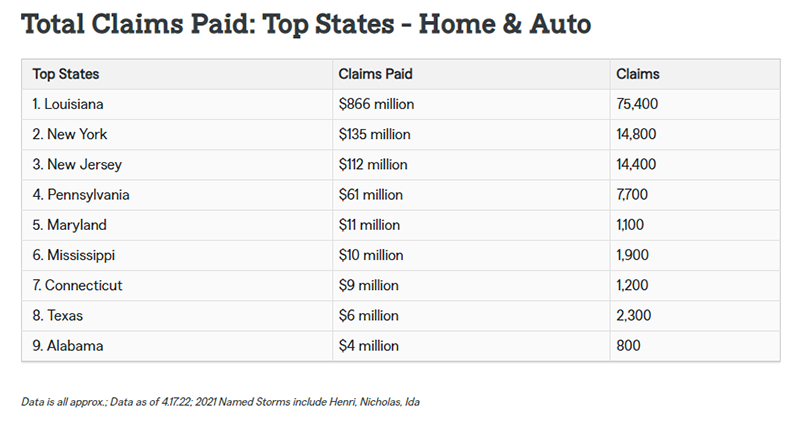 One in four State Farm claims from the named storms in 2021 were auto claims.