You are here: Home / News / Consumer Sentiment Up in April

Consumers voiced much more positive views in April, rising 9.8% above March, according to the University of Michigan Surveys of Consumers. 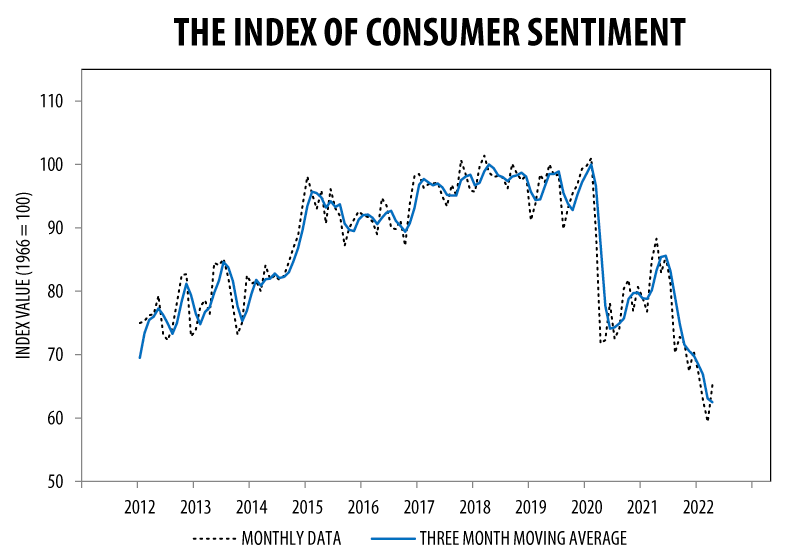 Consumer sentiment is viewed as