U.S. Light Vehicle sales continued to struggle in February due to slim inventories. According to LMC Automotive, the automotive global forecasting and market intelligence company, sales fell to 1.05 million units, down by 12% year-on-year (YoY). Only four of the main OEMs – Tesla, BMW, Mazda and Hyundai – had positive results during the month, which was the weakest February since 2011. 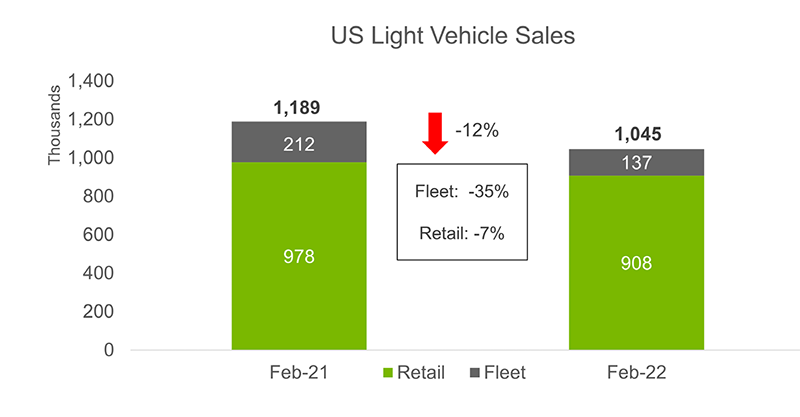 The annualized selling rate of 14.0 million units declined in both the monthly and annual comparisons. However, the February SAAR was still