You are here: Home / News / AAA Reports Russia-Ukraine Conflict Continues to Cause Pain at the Pump as Gas Prices Up 45 Cents on Week 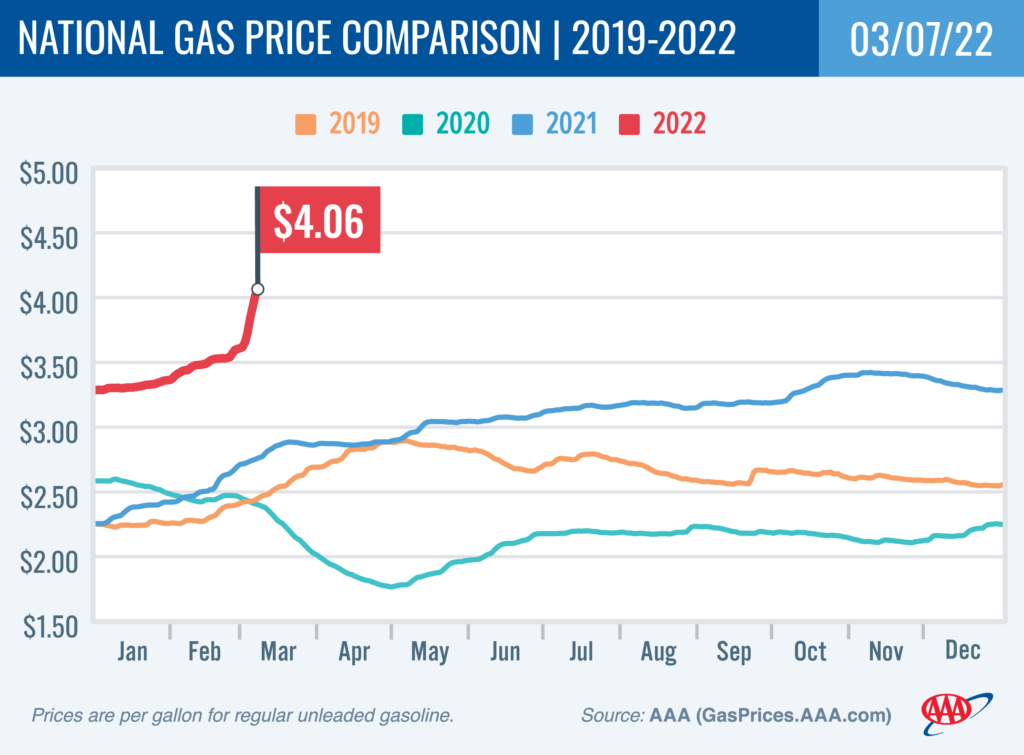 Last week, the International Energy Agency (IEA) announced a coordinated release of crude oil from its 31 member countries’ strategic reserves, including the U.S., Germany, Canada, South Korea, and Mexico, to help counter the impact of rising crude prices. On Friday, IEA said member states committed to releasing a total of 61.7 million bbl from their strategic reserves to reassure markets roiled by the fallout from Russia’s invasion of Ukraine. This amount—half of which is expected to come from the U.S.—is the largest coordinated release since IEA was founded in 1974. Despite this announcement, the impact on pricing has been limited given that the amount of oil planned for release is small in comparison to the amount that flows daily from Russia to other countries around the globe. According to IEA, Russia exports approximately 5 million b/d of crude oil, representing about 12% of its global trade.

As CollisionWeek reported March 4, gasoline demand was returning to near pre-pandemic levels in February following lower demand in January as coronavirus cases surged across the U.S.

According to new data from the Energy Information Administration (EIA), total domestic gasoline stocks decreased by 500,000 bbl to 246 million bbl last week. Meanwhile, gasoline demand rose slightly from 8.66 million b/d to 8.74 million b/d. The increase in gas demand and a reduction in total supply contribute to rising pump prices. But, increasing oil prices play a leading role in pushing gas prices higher. Consumers can expect the current trend at the pump to continue as long as crude prices climb.