You are here: Home / News / Consumer Sentiment Down to 2011 Levels

Preliminary results for February show sentiment down over 8% from January and nearly 20% from last year.

Consumer sentiment continued its downward descent in early February, reaching its worst level in a decade, falling a stunning 8.2% from last month and 19.7% from last February according to preliminary results released this morning by the University of Michigan Survey of Consumers. 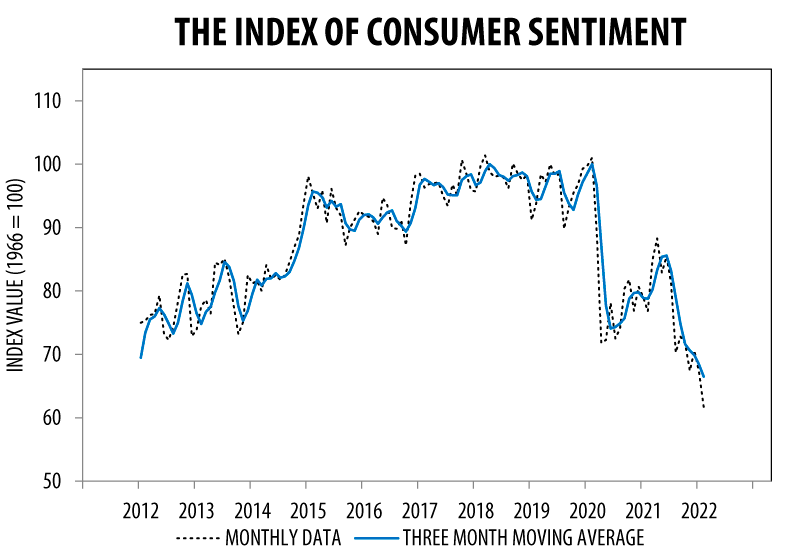 According to Surveys of Consumers chief economist, Richard Curtin, the recent declines have been driven by weakening personal financial prospects, largely due to rising inflation, less confidence in the government’s economic policies, and the least favorable long term economic outlook