You are here: Home / News / Survey Says Many Companies Have No Planned Date for Returning to the Workplace

Conference Board study finds 71% of companies changed their plans due to the surge in COVID-19 cases.

The Omicron variant continues to ravage the US. As it does, a new survey reveals that nearly half of businesses whose workplace plans were upended by the latest COVID-19 waves have not communicated plans for returning to the physical workplace. 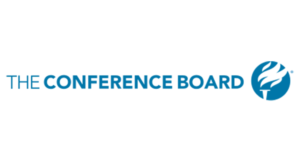 The rise in hybrid and remote work had depressed rush hour traffic in many communities, lowering the traditional driver auto claims volumes.

Conducted by The Conference Board, the survey also found that only 9 percent of employees are currently working in the office full-time. What’s more, concerns about contracting COVID-19 and exposing family members have doubled over the last seven months.

The latest workforce survey from The Conference Board captured the thoughts of more than 2,000 US workers. Respondents weighed in on topics including returning to the workplace, career plans, factors driving them to pursue new job opportunities, mental health, and more.

71 percent of companies changed return-to-the-workplace plans due to the recent surges.

Only 9 percent of survey respondents are in the physical office full time.

COVID-19 concerns have doubled over the last eight months.

Two years into the pandemic, one in five workers is not comfortable returning to the workplace.

Individual contributors are uncomfortable returning to the workplace at four times the rate of CEOs.

“Amid the vast uncertainty with returning to the workplace, coupled with the strong discomfort many feel about returning, these results make clear: This relentless pandemic continues to dictate workplace plans and policies,” said Rebecca Ray, Executive Vice President, Human Capital, The Conference Board. “The need for continued flexibility, transparency, and empathy from management remains a top priority. While many are eager to return to a sense of normalcy, simply mandating a return date and highlighting the safety protocols that will be in place is not enough; leaders need to articulate a compelling reason to return to the workplace at all.”

“With one in four workers suffering decreased levels of engagement, fighting the burnout battle will be a defining challenge for businesses in 2022,” said Robin Erickson, Vice President, Human Capital, The Conference Board. “This challenge is made even greater by today’s tight labor market, a time of historic quit rates and plentiful job opportunities. Companies will need to prioritize building and sustaining a strong culture, offering flexibility where possible, and ensuring opportunities for growth and development to attract—and retain—the best and brightest.”

Women disproportionately self-reported their mental health declined during the pandemic.

*NOTE: Employee engagement is a heightened emotional and intellectual connection that an employee has for his/her job, organization, manager, or co-workers that, in turn, influences him/her to apply additional discretionary effort to his/her work.