You are here: Home / News / New Data Shows That U.S. Road Fatalities Spiked in First Half of 2021

The U.S. Department of Transportation’s National Highway Traffic Safety Administration today released the Early Estimate of Motor Vehicle Traffic Fatalities for the First Half (January-June) of 2021, which shows the largest six-month increase ever recorded in the Fatality Analysis Reporting System’s history. An estimated 20,160 people died in motor vehicle crashes in the first half of 2021, up 18.4% over 2020. That’s the largest number of projected fatalities in that time period since 2006. 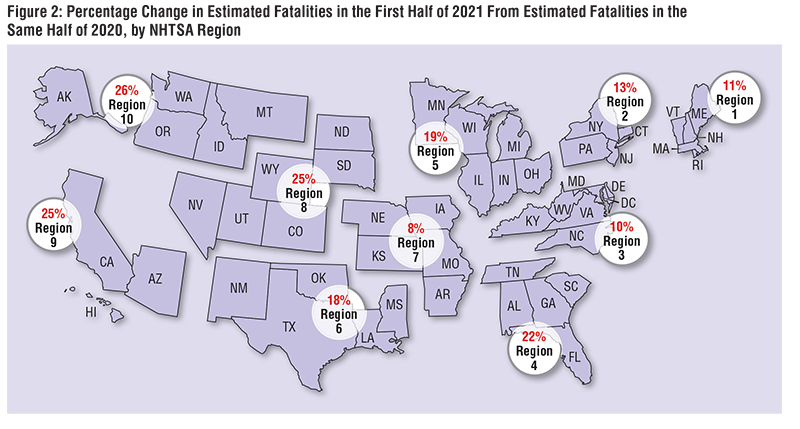