After returning a slight increase in September, consumer sentiment returned to its declining trend in preliminary October results. The survey’s chief economist is now raising concerns about what the declines hold for consumer spending next year.

Consumer sentiment is viewed as a leading indicator of consumer spending habits, when sentiment declines consumers tend to save more to prepare for their concerns over their economic prospects. 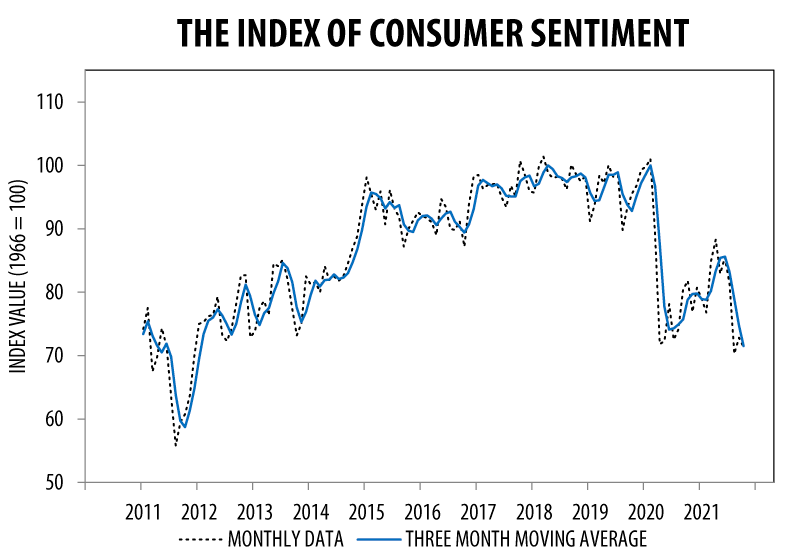