You are here: Home / News / Colors On Parade Expands into the Arkansas River Valley

Colors on Parade, the mobile automotive reconditioning franchise, announced the addition of its newest Area Developers, Eric and Breanne Yeager. Carrying on a family tradition in the auto paint repair business, Eric and Breanne have purchased the Arkansas River Valley territory and will grow the Colors on Parade business in that part of central Arkansas. Their territory includes Crawford, Franklin, Johnson, Pope, and Sebastian counties. The Colors on Parade franchise now covers the entire western portion of the state of Arkansas. 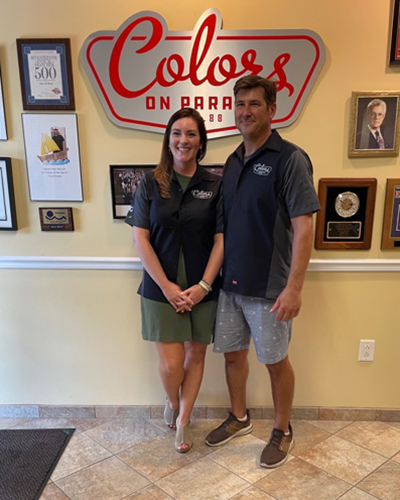 Eric and Breanne are partners in life and now in business. Breanne has a long