According to an analysis by Consumer Watchdog, while the vast majority of Californians drove far less last year, most California insurance companies continued to charge pre-pandemic auto insurance rates, reaping a windfall of about $5.5 billion. Newly published 2020 data show that accident claims plummeted as cars idled in driveways, but insurance companies failed to reduce rates accordingly. 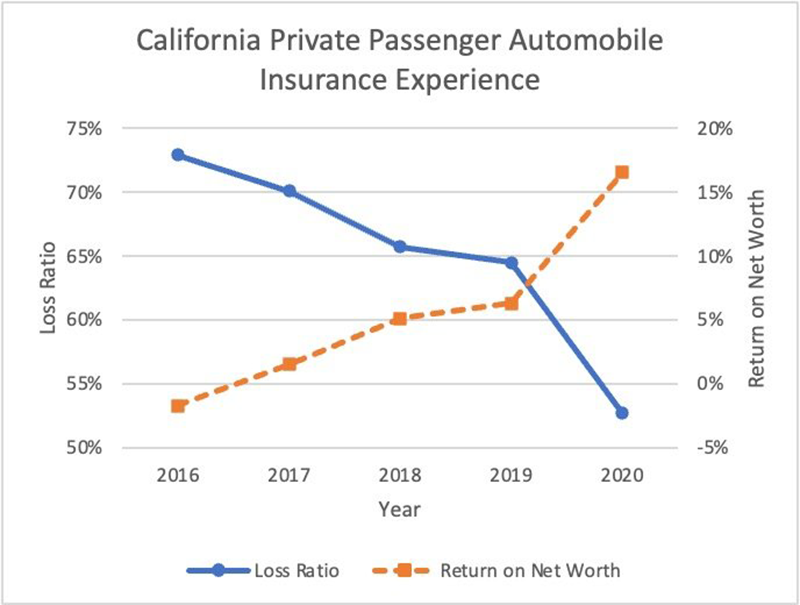 As a result, insurance companies’ average return on net worth – a measure of profitability that includes premiums and investment income – was more than twice what California law allows last year.

Consumer Watchdog’s analysis is based on profit and loss data