Studies by IIHS and HLDI show crash rates up in Western U.S. states that legalized recreational use and retail sales of marijuana.

According to research from the Insurance Institute for Highway Safety (IIHS), and another by the affiliated Highway Loss Data Institute (HLDI), crash rates and collision claim frequencies spiked in most states following the legalization of recreational marijuana use and retail sales in California, Colorado, Nevada, Oregon and Washington State. 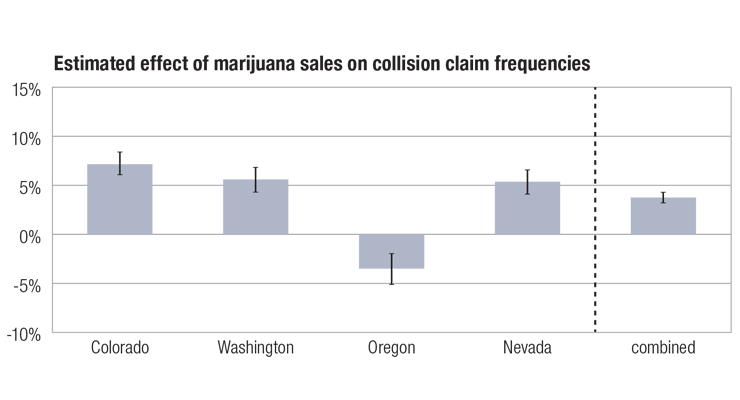 However, the preliminary results of a separate IIHS study of injured drivers who visited emergency rooms in California, Colorado and Oregon showed that drivers who used marijuana alone were