INRIX reports growth in traffic volume to near pre-pandemic levels nationally. Traffic varying widely by state and does not appear to correlate with vaccination rates.

INRIX reported today that vehicle miles traveled (VMT) continues to rise across the U.S. with a notable surge since March. They caution, however, that traffic volume growth varies widely by state. In early March, the company noted that many rural and suburban markets were seeing traffic levels near or above pre-pandemic levels, but urban areas remained significantly below as the number of downtown trips lagged other areas. 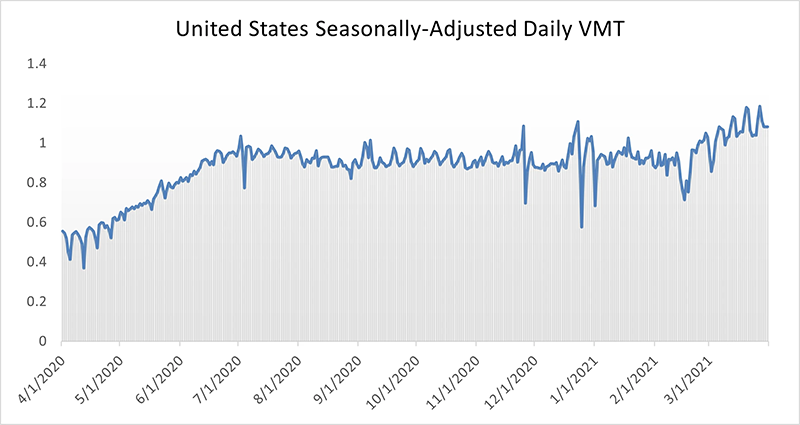 According to today’s report, Kentucky saw the largest