The Fix Network has announced the appointment of Sonia Bouthillette as its Vice President of Operations for Canada. 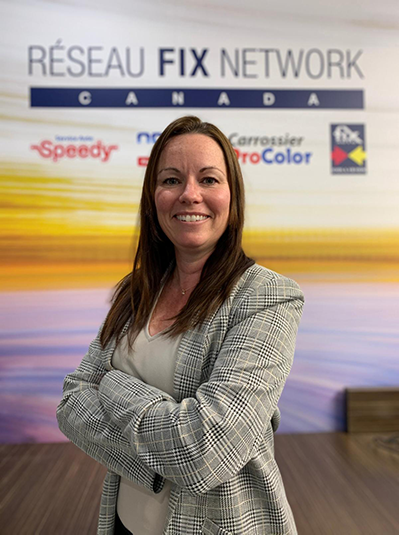 Sonia Bouthillette was named Vice President of Operations for Canada at the Fix Network.

Sonia will be reporting to Sylvain Seguin, Fix Network’s Executive Vice President (Canada) and will be based at the Fix Network national head office in Blainville, Quebec. In her new role, she will be responsible for driving the network’s operational efficiencies in the collision repair business across Canada. She will also work closely with the national team to develop strategies that support franchisees and drive their operational excellence.