The Index of Consumer Sentiment is up over 8% compared to February in preliminary report.

The University of Michigan Index of Consumer Sentiment rose in early March to its highest level in a year due to the growing number of vaccinations as well as the widely anticipated passage of the Biden Administration’s relief measures. 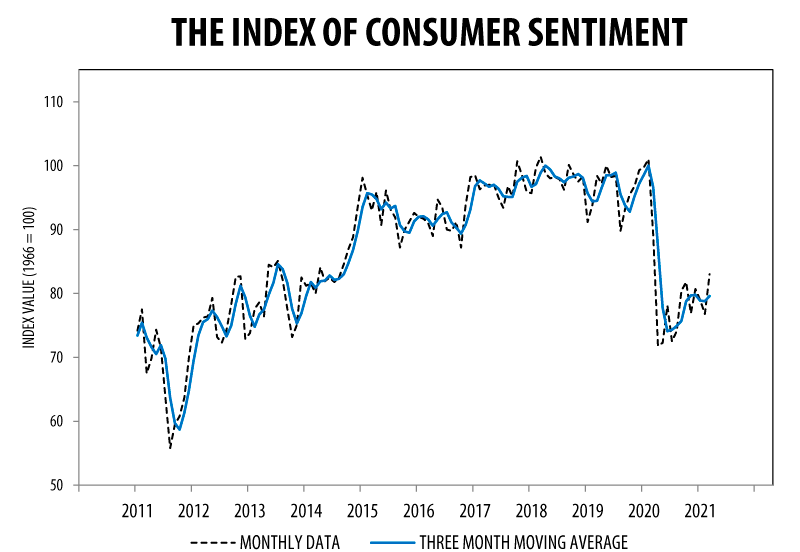 The gains in March were widespread across all socioeconomic subgroups and all regions, although the