You are here: Home / News / Consumer Sentiment Declined in February

The relatively small recent loss in consumer confidence in February was concentrated among households with below median incomes, and focused on future economic prospects, according to the University of Michigan Surveys of Consumers.

The worst of the pandemic may be nearing its end, but few consumers anticipate the type of widespread and persistent economic growth that will improve employment conditions to their very positive prepandemic levels, said U-M economist Richard Curtin, director of the surveys. 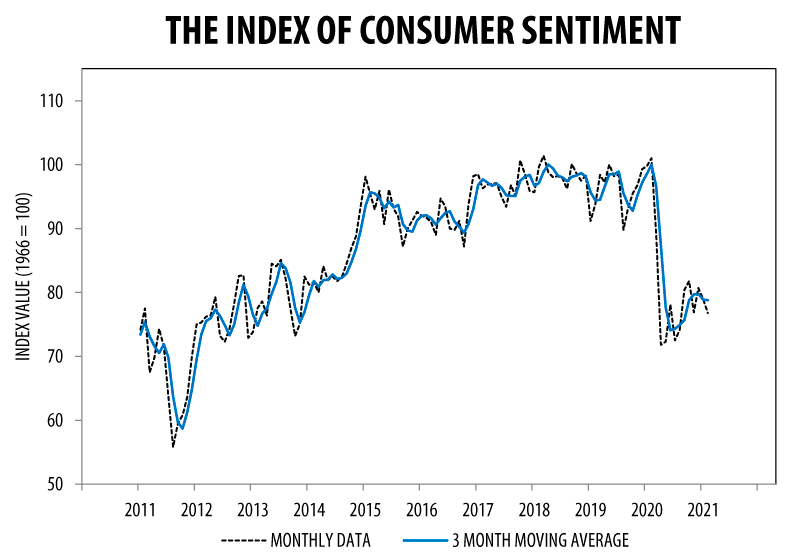 The Consumer Sentiment Index was 76.8 in the February 2021 survey, down from 79.0 in January and substantially