You are here: Home / Research / Gasoline Consumption Improved in First Half of February

The rate of consumption was up for last two weeks on week-over-week basis. Decline in the four-week moving average in the first half of February drops below 10% level.

The latest data from the U.S. Energy Information Administration (EIA) showed that gasoline consumption for the week ending February 12 was up for the second week in a row versus the previous week and the decline in the four-week moving average compared to year ago levels has improved as well. 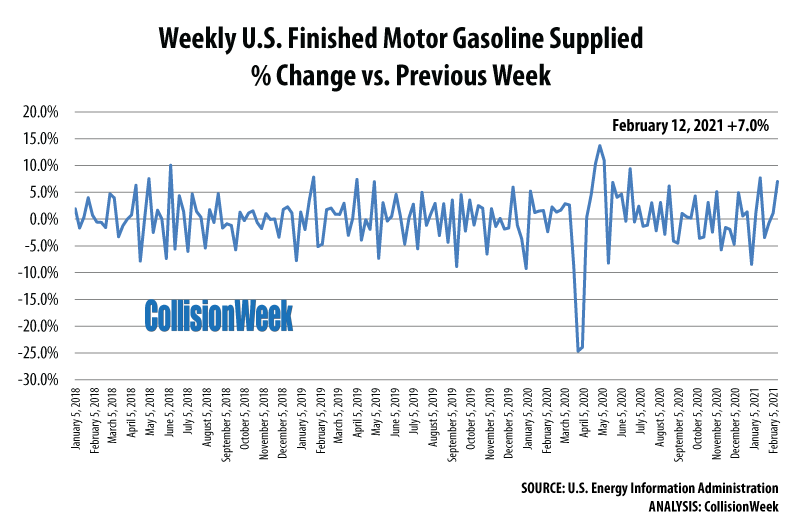