Preliminary Results from University of Michigan surveys showed relatively small declines in sentiment given resurgence in pandemic and political unrest.

The University of Michigan Index of Consumer Sentiment declined in January compared to December and January last year based upon preliminary results for the month. 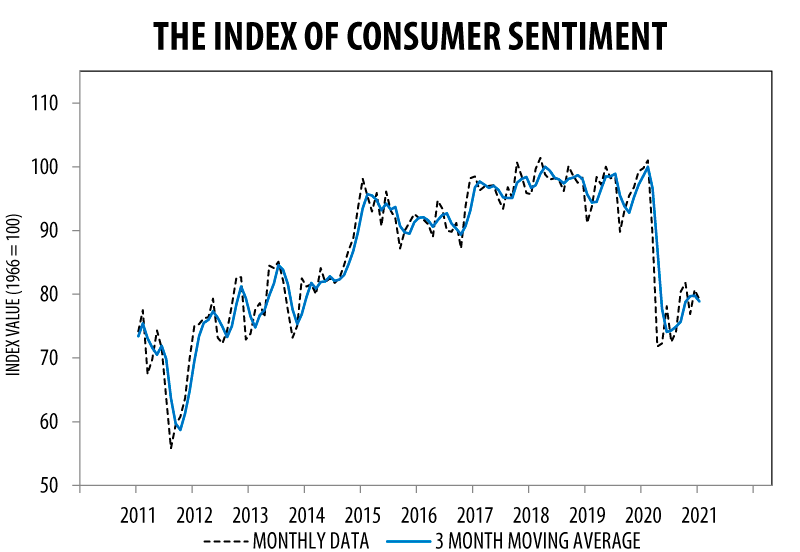 According to the University of Michigan Surveys of Consumers chief economist, Richard Curtin, consumer sentiment posted trivial declines in early January, “…despite the horrendous rise in covid-19 deaths, the insurrection, and the impeachment