Ten automakers have fulfilled a voluntary commitment to equip nearly all the new light vehicles they produce for the U.S. market with automatic emergency braking (AEB) — well ahead of the 2022-23 target.

The 10 manufacturers put the technology on more than 95 percent of the vehicles they produced between Sept. 1, 2019, and Aug. 31, 2020. Another three automakers exceeded the 90 percent threshold. However, five of the 20 automakers that signed the commitment equipped less than half of their vehicles with AEB. 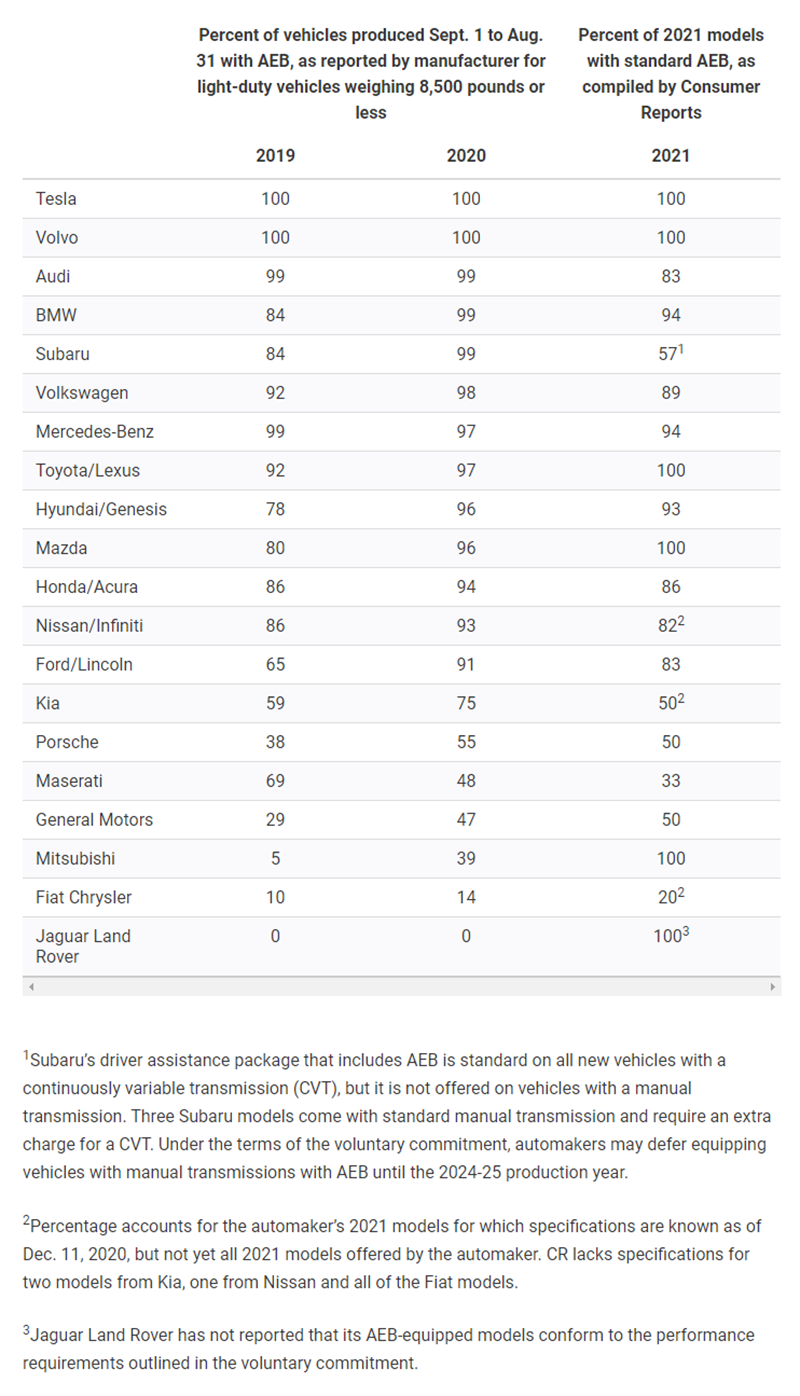 Of the 10 automakers that met the commitment ahead of schedule, four — Audi, Mercedes-Benz, Volvo