Members of the National Association of Insurance Commissioners (NAIC) elected officers for 2021 on December 9 during the closing activities of its Fall 2020 National Meeting.

The following officers were elected for 2021: 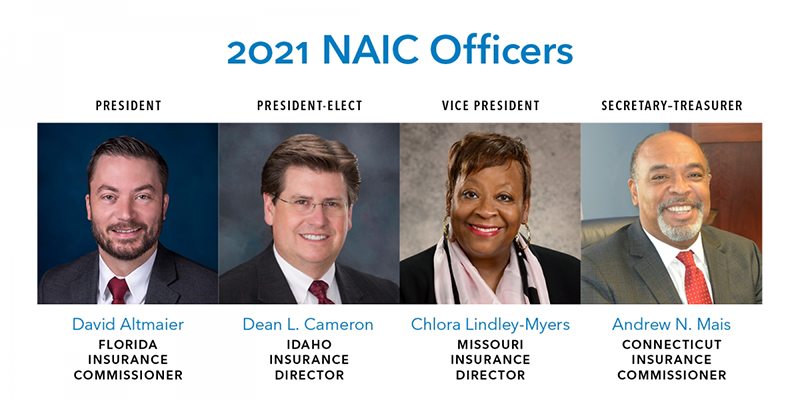 David Altmaier was appointed Commissioner of the Florida Office of Insurance Regulation (OIR) by the Financial Services Commission on April 29, 2016. Altmaier began his public service at OIR in 2008, serving in a number of roles including Chief Analyst of the Property and Casualty Financial Oversight unit and Deputy Commissioner of Property and Casualty Insurance. Altmaier currently serves on the