You are here: Home / News / Consumer Sentiment Up Slightly in October

Election and COVID-19 resurgence weigh on consumers in University of Michigan survey.

Consumer sentiment remained largely unchanged in October with gains in the prospects for the overall economy offset by declines in buying attitudes, according to the University of Michigan Surveys of Consumers. 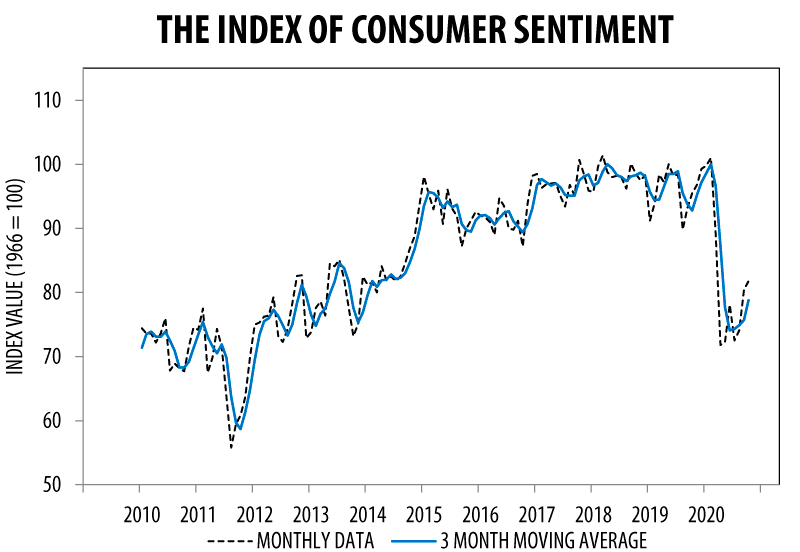 The expected improvements in the economy were largely driven by those who expected Joe Biden to win, while the declines in buying attitudes were due to uncertain prospects for jobs and incomes due to the resurgence in COVID infection and death rates, said U-M economist Richard Curtin, director of the surveys.

The Consumer Sentiment Index was 81.8