You are here: Home / News / CCC Reports Repairable Claims Down Over 22% in September

Driving and claims continued to be depressed in wake of pandemic.

According to the CCC AutoClaims Snapshot for September, repairable appraisal counts for the industry in September 2020 remained down from the same month last year and the decline actually increased compared to August. 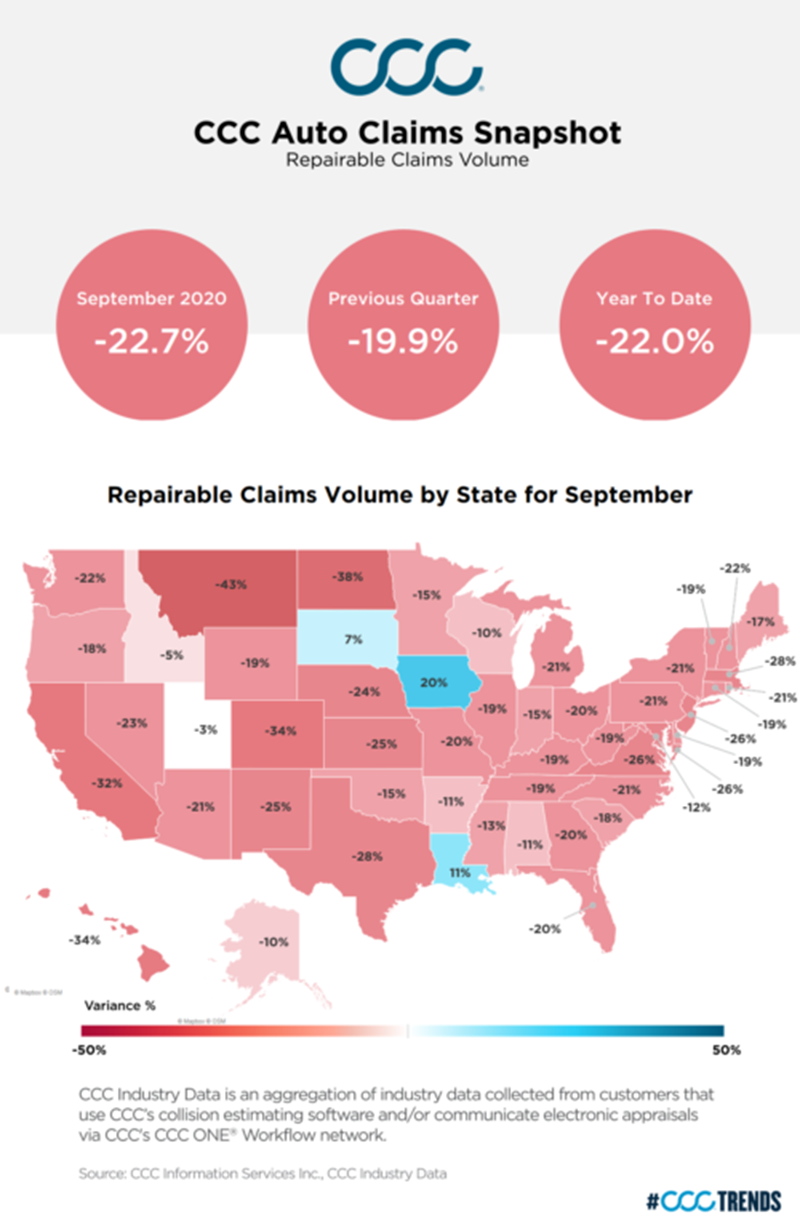 According to CCC, repairable claims in September were down 22.7% versus 2019. This is an increase from the 14.9% decrease CCC reported in August. Significant weather events in states such as Iowa, Illinois, and the Northeast in August 2020 led to large upticks in volume versus August 2019; while states such as Colorado, North Carolina,