You are here: Home / News / IIHS Reports Crash Rates for Drivers in their 70s Drop Below Middle-Aged Drivers

Drivers in their 70s are now less likely to be involved in a fatal crash than those in their prime working years, a new study from the Insurance Institute for Highway Safety (IIHS) has found. That’s a remarkable reversal for a generation of drivers once thought to be an outsize threat to themselves and others on the road. 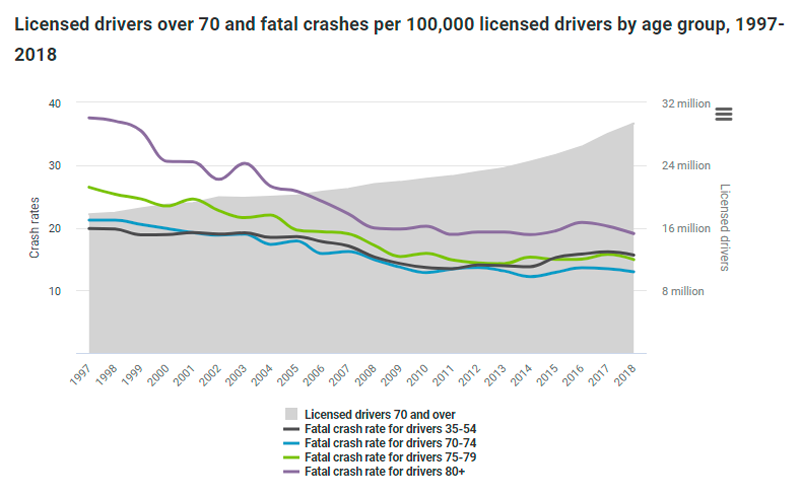 The number of older drivers has grown rapidly over the past two decades. But better health and safer vehicles, as well as possible benefits from infrastructure improvements and changes to licensing policies, have prevented an accompanying spike in crashes. Not only do