University of Michigan study illustrates increase in marijuana use among US college students and young adults.

Vaping marijuana and vaping nicotine have increased dramatically among 19-to-22-year-olds, with both more than doubling between 2017 and 2019, according to the University of Michigan’s annual U.S. national Monitoring the Future Panel Study. 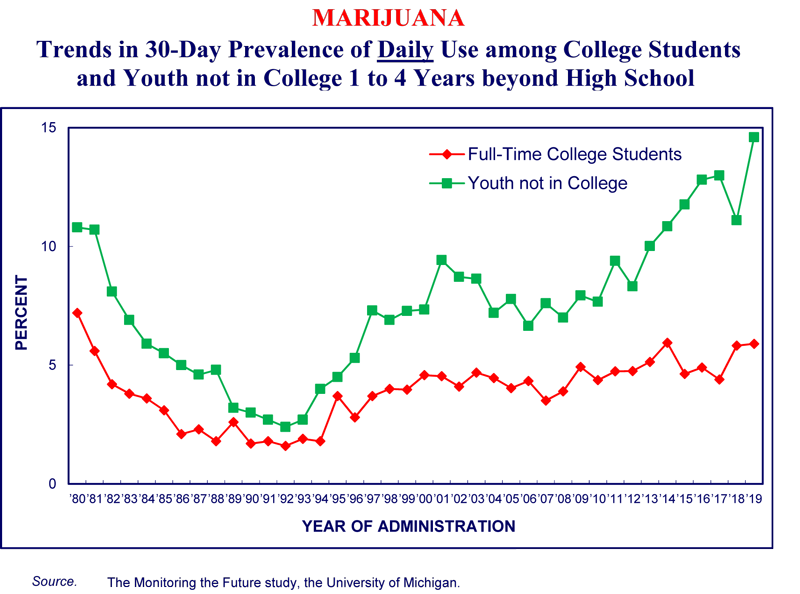 Use of marijuana in any form in 2019 among young adults was at or near the highest levels seen over the past four decades.

The results come on the heels of increased concerns about the use of marijuana on the incidence of impaired driving. Earlier this year, the AAA Foundation