Accountant alleged to have conspired with business owners to claim more than $11 million in false deductions from 2013-2015.

A federal grand jury in Las Vegas, Nevada, returned a superseding indictment yesterday charging a Las Vegas man with conspiracy to defraud the IRS. The indictment was announced by Principal Deputy Assistant Attorney General Richard E. Zuckerman of the Justice Department’s Tax Division, U.S. Attorney Nicholas A. Trutanich for the District of Nevada, and Special Agent in Charge Tara Sullivan for the IRS-Criminal Investigation. 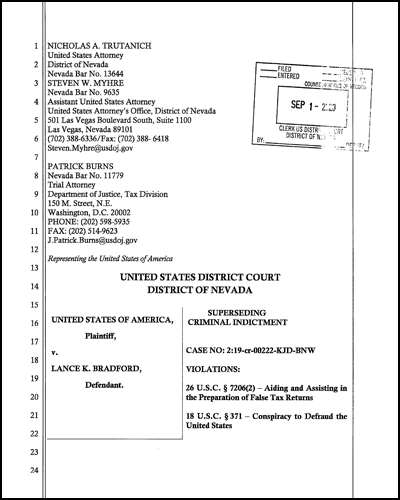 The indictment does not name the collision repair facilities or their owners, instead providing just initials of