You are here: Home / News / BASF Recognized as 2019 GM Supplier of the Year and Overdrive Award Winner 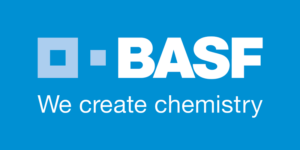 This is the 15th time BASF has received the award. The company was also honored with the Overdrive Award for Sustainable Construction and Workspaces, performance beyond BASF’s traditional work for GM and the automotive assembly industry.

During the event, GM recognized 116 of its best suppliers, less than 1% of their supply base, from 15 countries that have consistently exceeded GM’s expectations, created outstanding value, or introduced