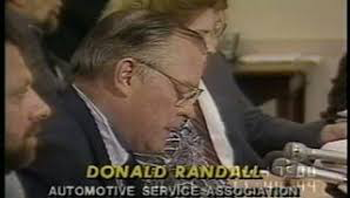 Born in Lyons, Ga., the son of Foy Clifford and Annie Mae Autrey Randall, Randall graduated from the Walter F. George School of Law, Mercer University in 1955. He served in the U.S. Army 1955-1961, acting as Aide-de-Camp to the Chief Signal Officer of the Army. He was an Army aviator, and served with distinction in