You are here: Home / News / CCC Reports May Repairable Claims Counts Down Over 34% Across the U.S.

Year-to-date repairable counts were down over 22%. A few states have seen increases.

According to the CCC Auto Claims Snapshot for May 2020, repairable claims counts in the U.S. were down 34.5% overall versus May 2019. After flat claims in the January and February, the imposition of stay-at-home orders as part of the pandemic response impacted March claims taking the first quarter into negative territory. 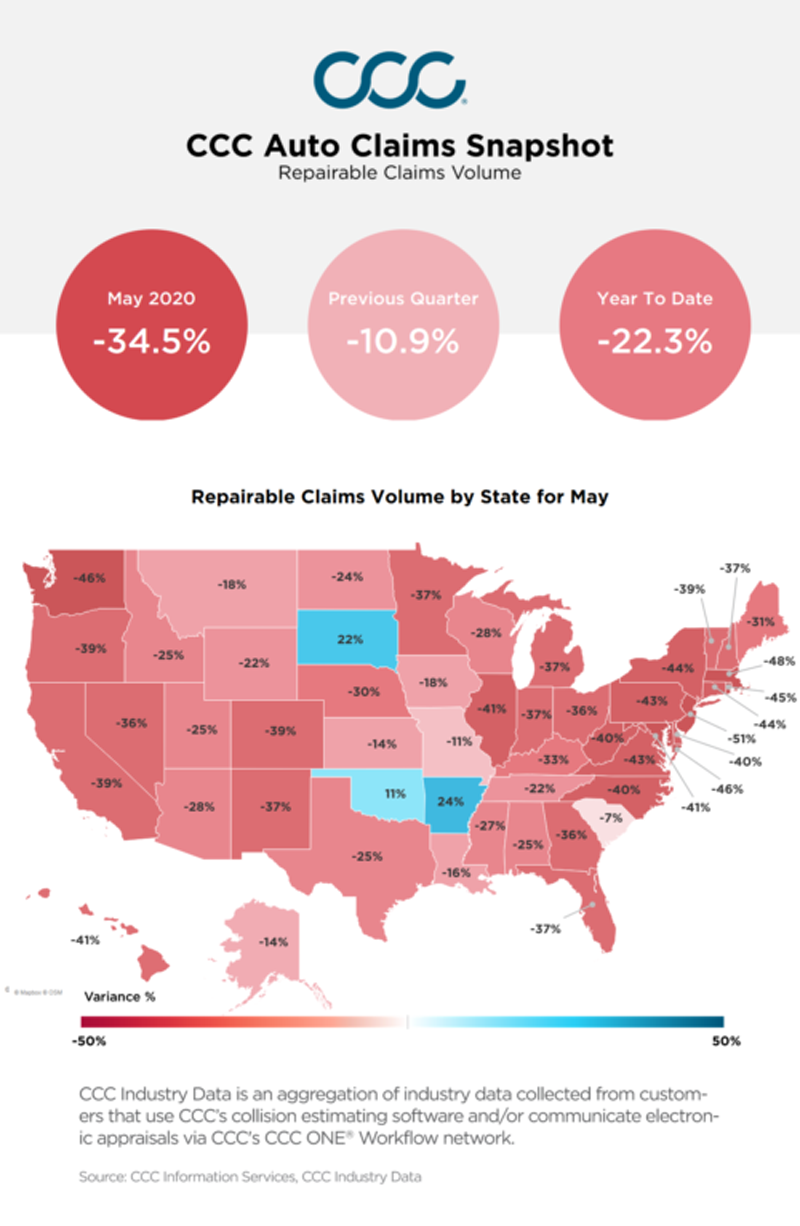 According to CCC, claims continued to fall in April, but started to recover in May.