You are here: Home / News / Toyota and Lexus Employees Team Up for Virtual Food Drive

As the world grapples with the coronavirus pandemic, Toyota and Lexus employees didn’t let the stay-at-home orders stop them from giving back to the communities in which they serve. 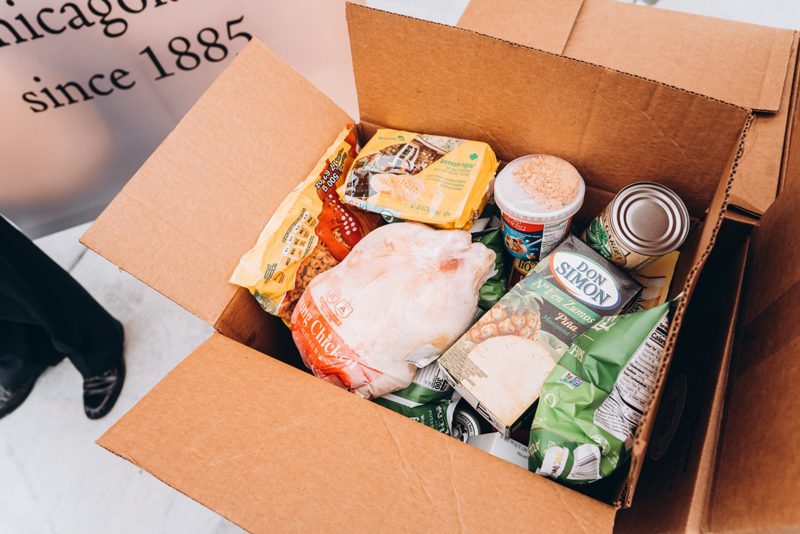 Employees unleashed their creativity and tapped other colleagues to execute an unprecedented initiative: a virtual food drive.

How, though, to get around the basic fact that a food drive requires in-person interaction?

“It was in the back of my mind, and I kept thinking it over,” says Rebecca Hadnott, Lexus Western Area assistant general manager. “I figured, maybe when we’re back in the office, we can do something.”

Enter Jessica Tan, Lexus Western Area District Service and Parts manager, who suggested a virtual food drive to help Second Harvest Food Bank in Orange County, California. Participants could select what type of food they’d like to donate, and virtually fill their bags. Together, they would virtually fill an entire food truck.

Always up for a little competition, Tan and Hadnott reached out to their colleagues on the Toyota side — Vehicle Marketing Analyst Soojie Kuroda and Marketing Representation Manager Dana Gregor of the Los Angeles Region — to offer a friendly challenge.

“We never shy away from a challenge, especially when it’s from our neighbors at Lexus Western,” Gregor says. “Usually it’s a kickball game or ugly sweater contest, but this meant much more. We saw it as a common goal for good, and we were on board from the moment they asked.”

The offices set a combined goal to provide 6,000 meals (each meal costs about $0.33) through their April 17-30 donation period.

“This took off because this crisis hit close to home for everyone,” says Hadnott. “Everyone was quick to do something to support people in need.”

But the question must be asked: Who won?

“With money raised for more than 21,000 meals, the families who rely on Second Harvest Food Bank earned the win,” Greger says. “So, I guess we’ll just have to challenge Lexus Western to a game of bowling.”