Harbor Freight Tools is recalling more than 1.7 million Pittsburgh Automotive 3 Ton and 6 Ton Heavy Duty Steel Jack Stands. The jack stands may collapse under load, which can increase the risk of injury to people near or under a lifted vehicle.

Owners of these jack stands are asked to immediately discontinue use due to safety concerns.  Injuries have been reported due to this issue. Affected customers will receive full refunds upon request.

The 61196 and 61197 jack stands can be identified by checking the item number found on the yellow part of the label on the base of each jack stand. 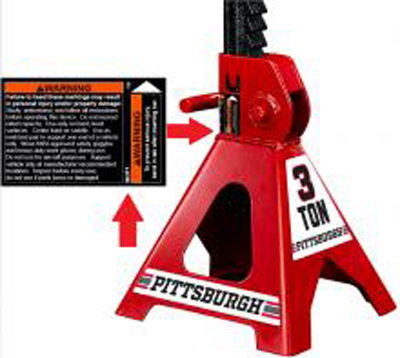 The 56371 jack stands can be identified by checking the item number found on the label on the top of each jack stand.