According to the latest INRIX U.S. National Traffic Volume Synopsis covering the week of May 16-22, travel for the week increased at the highest rate since reaching a bottom in early April.

Passenger travel continued to trend upwards with its largest weekly increase, down 19% weekly on Friday, May 22nd, compared to 25% the previous week and 48% on April 9th the low point to date. The weekly average was last at 19% on Friday, March 20th, just eight days into the initial travel decline. 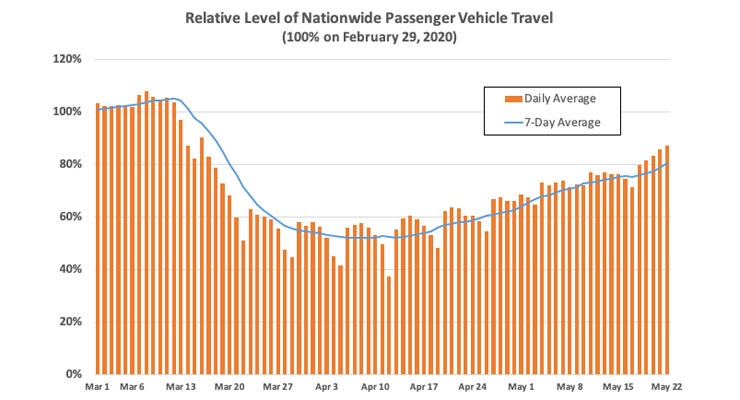 The daily figure for Friday,