Preliminary estimates from the National Safety Council show that as Americans began driving less and covering fewer miles, the emptier roads became more lethal. Early data indicate a year-over-year 14% jump in fatality rates per miles driven in March, in spite of an 8% drop in the total number of roadway deaths compared to March 2019. The actual number of miles driven dropped 18.6% compared to the same time period last year. The mileage death rate per 100 million vehicle miles driven was 1.22 in March compared to 1.07 in March 2019. 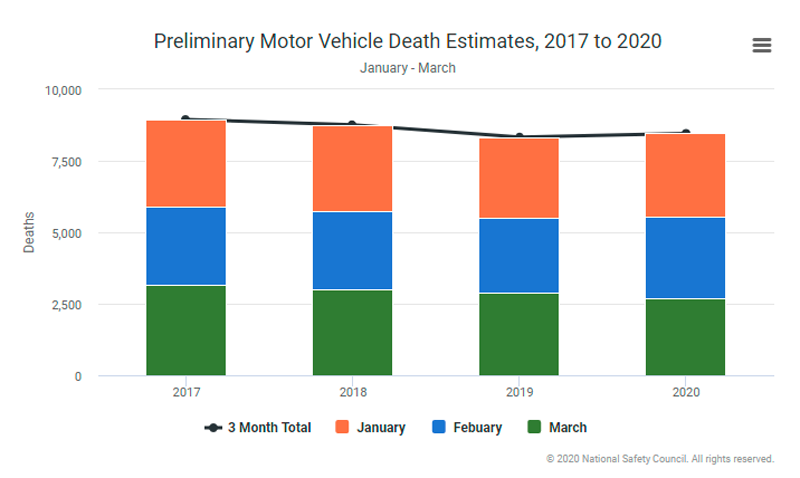 Through the first three months of 2020, the