The scholarships are presented annually to deserving students enrolled in a post-secondary collision repair technology programs. Each recipient receives a $1,000 scholarship to continue their post-secondary education in collision repair and complimentary registration to attend the 2021 WIN Educational Conference. They are also provided the opportunity to be mentored by one of the Most Influential Women (MIW) honorees or a member of the WIN Board of Directors.

“With the support of our sponsors and members, WIN is able to offer scholarships and financial assistance to multiple female students each year to help them advance in the collision repair industry,” said Debbie Menz, 2020 co-chair of the Sponsorship Committee. ““WIN understands that the cost of education, or continued education, has the potential to be a hurdle for students. So, this stipend, along with actual mentoring opportunities and interfacing with other, successful women in the collision repair marketplace, have proven to be one of the real pillars of the WIN organization.” 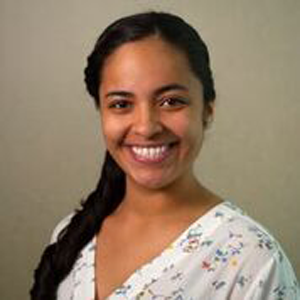 Melissa attends Hillsborough Community College in Tampa Fla. She feels that the opportunities in the collision fields are endless, so she knew she would have a variety of options to choose from for her career. She plans to start as an estimator and work on building her skills. Someday hopes to become a shop manager or even a CEO for a paint distribution company. She has made the Dean’s List as a result of her outstanding academic performance and is very active in volunteering in various groups at her college. 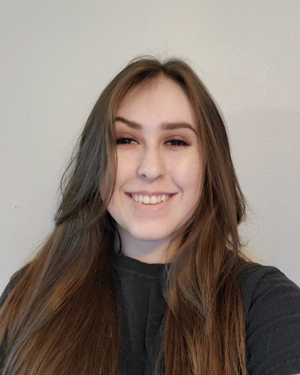 Taylor attends Portland Community College in Portland, Ore. Taylor has maintained a 4.00 GPA since she began her college career in auto collision repair. She has also earned her place on the President’s List. Taylor is a volunteer for the Tualatin Valley Young Marines Program. All adult volunteers must complete six weeks of boot camp that consist of learning first aid, Marine Corps history and courtesies. Additionally, they must complete a Personal Fitness Test that follows closely to the Marine Corps PFT. Taylor is the Awards Officer for the TVYM Program. After completing her fall term with another 4.00 GPA, Taylor was offered a spot in the Phi Theta Kappa Honor Society. Taylor’s long-term ambition is to own her own shop. She aspires to have an all-female staff with the intention to encourage women to feel more comfortable while having car work done. 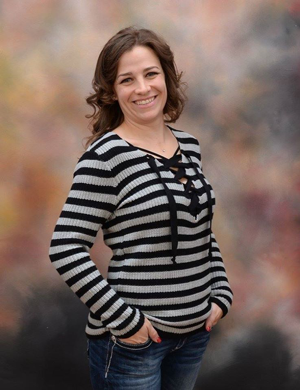 Jamie attends Aims Community College in Windsor, Colo. Jamie has been around cars her entire life, growing up with her father who was a machinist. She was introduced to drag racing at a very young age and began drag racing herself at the age of 8. Jamie is an extremely motivated person. Despite working, going to school fulltime and being a single mother of 3 children, she still finds time for community service. Jamie holds an officer position in the automotive club at her school. The club builds and maintains a 1999 Chevy Camaro. The club also helps at a local food pantry, supports local car shows and raises money for childhood cancer. Jamie has competed in Skills USA both on the regional level and national level. Jamie’s long-term goal is to own her own shop. 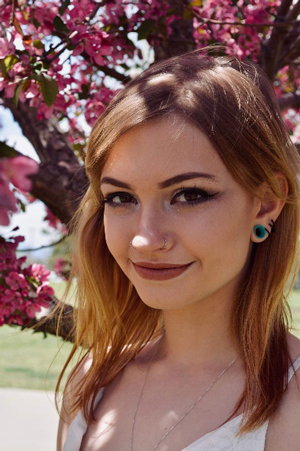 Errin Gill attends Lake Technical College in Eustis, Fla. She loves to take a vehicle that is damaged or faded and turn it into something beautiful again. Her interest began when, as a young child, she worked on her father’s car with him. After graduating she plans to continue her education by earning a four-year business degree which she will use to she will start her career. While young in her career, she wants to be a painter but as her skills progress, she hopes to open her own restoration shop. Once she is established, she hopes to offer opportunities for students to intern at her shop, to give back to the industry. In her spare time, she volunteers to represent her school at community events. 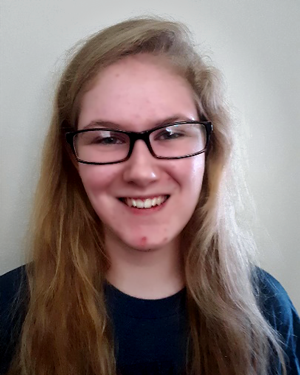 Katheryn attends Washburn Tech in Topeka, Kan. Katheryn’s interest in the collision repair industry began when her mother received a repaired minivan from a collision repair school through the recycled rides program. She took little interest in it at first, but then learned how the students had taken the wrecked vehicle and turned it back into its original form. In attending Washburn, she learned that there is much more to the repair process than simply painting and take dents out. Katheryn was soon educated in the detailing, estimating, and repair processes. Her two favorite areas are painting and welding. Since she is attending the same school that fixed her mother’s mini-van, Katheryn also gets to work on cars with the recycled rides program. She participates in the Skills local chapter and helps with Toys For Tots. Katheryn’s long-term goal is to work in the collision repair industry painting cars. 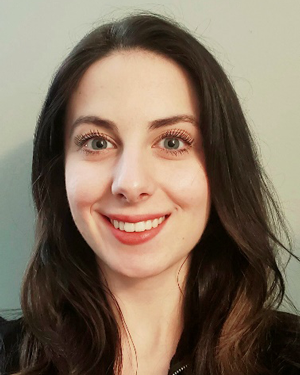 Brooke attends South Central College in North Mankato, Minn. Her interest in cars began at a very early age when she and her father would spend countless hours watching Chip Foose’s Overhauling Show. Once she began her auto collision classes at South Central, she immediately knew this is where she belonged and every day since it has been a dream come true.  Brooke is currently the president of the Skills USA Club at South Central College. In 2018 she was awarded 1st place at state competition for automotive refinishing technology. She continued onward to the national competition in Louisville, Ky., and placed 4th. She was registered to compete again this year. Brooke’s long-term goal is to own and operate her own collision and restoration shop. She hopes to become a role model for other women entering this career. 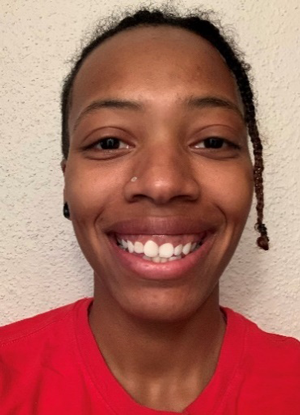 Breanna attends Universal Technical Institute in Houston, Texas. Breanna loves working with her hands and has been interested in cars since she was young. Breanna has an interest in competitive driving, drag racing and car shows. She volunteers her time by coaching a grade school soccer team and helps the community of Galveston, TX by cleaning the beaches each summer. Breanna also volunteers at the Houston Truck Show each year checking in trucks. Breanna’s long-term goal is to work full-time in the industry while completing her business degree. Her dream is to own her own collision shop. She hopes someday to be a part of the force that is working to improve the image of the industry and hopes to make a positive difference in the industry. 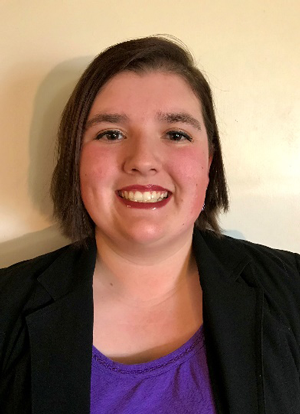 Lilian attends the College of Southern Idaho in Twin Falls, Idaho.  Lillian is one of our very few multi-year scholarship winners. She was also a 2019 WIN Scholarship recipient.   Lillian has been participating in Skills USA both locally and in Louisville, KY since her junior year in high school. Last year she took 3rd place at the state level. She would like to continue competing and wants to coach the new class of college students competing in Skills USA. Lillian has received her intermediate technical certificate from the College of Southern Idaho and is now moving forward with both a liberal arts and applied science degree. She plans to complete these degrees by the end of 2021. After graduation she plans to go to work in a shop and increase her skills as a painter. Lilian would like to work at Creative Auto in Idaho Falls where they perform custom work.  Lillian’s long-term goal is to become an instructor. 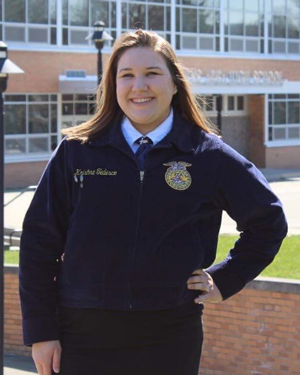 Kristina Tedesco attends Ohio Technical College in Cleveland, Ohio. She is from a small town and grew up believing her options were limited. She was very involved in FFA throughout her high school years and received the Keystone State FFA degree which is the highest degree awarded. Then her high school went to tour the local vocational center and that is where she was introduced to collision repair. She joined Skills USA and held the President’s position for two years. She quickly knew she had found her future career and began making plans to attend Ohio Technical to earn her Associate degree in Applied Sciences in Collision Repair. She feels that National FFA Organization and Skills USA showed her that hard work beats talent when talent does not work hard. She now feels that she is right where she needs to be. 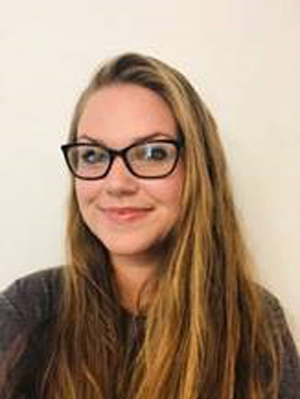 Nichole attends Lake Technical College in Eustis, Fla. She became interested in the Automotive Collision industry by witnessing the admiration that people have for their vehicles. She feels that owning a vehicle is part of The American Dream, which allows for expression of freedom, individuality and wanderlust.  She would love to have a place to be able to teach girls and women how to repair and maintain their own vehicles. She imagines it to be a space where women can inspire and empower each other by following their dreams. She donates her spare time to support St. Jude’s Children’s Research Hospital. 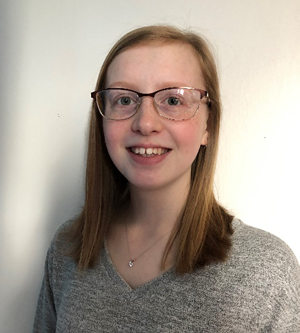 Elyssa attends Nova Scotia Community College in Dartmouth, Nova Scotia. Elyssa has always enjoyed hands on work, vehicles and meticulous work. She began her career in collision repair in May of 2019 at Highway 7 Collision Centre in Antigonish, Nova Scotia. There she developed base skills and an understanding of the process and trade. She then decided to attend college and take the Motor Vehicle Body Repair Program. Her plan is to complete each apprenticeship level and pass her Red Seal Certification Exam. The Red Seal is the highest collision repair certification you can achieve in Nova Scotia. Elyssa looks forward to be a role model for young females who want to work in a traditionally male dominated trade.