You are here: Home / News / U.S. Announces Contract with General Motors for 30,000 Ventilators

This week, the U.S. Department of Health and Human Services announced the first contract for ventilator production rated under the Defense Production Act, to General Motors. GM’s contract, at a total contract price of $489.4 million, is for 30,000 ventilators to be delivered to the Strategic National Stockpile by the end of August 2020, with a production schedule allowing for the delivery of 6,132 ventilators by June 1. The rating of this contract under the DPA follows President Trump’s direction to HHS Secretary Alex Azar to invoke the Defense Production Act with regard to GM’s production of ventilators on March 27. 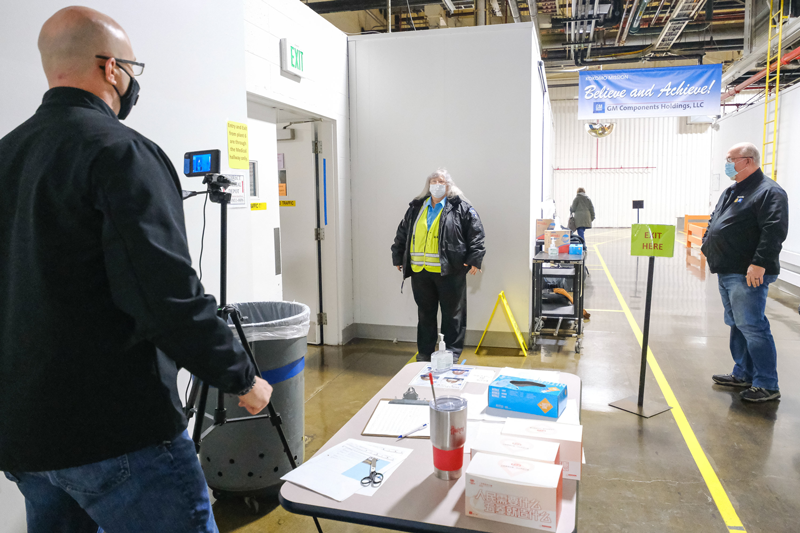 General Motors employees report to their first day on, March 31, 2020 at the GM manufacturing facility in Kokomo, Indiana, where GM and Ventec Life Systems are partnering to produce Ventec VOCSN critical care ventilators in response to the COVID-19 pandemic.

Secretary Azar said in a statement, “Invoking the Defense Production Act to secure ventilator production from GM and other companies is a part of President Trump’s all-of-America approach to combating the coronavirus. By rating contracts under the DPA, HHS is helping manufacturers like GM get the supplies they need to produce ventilators as quickly as possible, while also ensuring that these ventilators are routed through the Strategic National Stockpile to where they’re needed most. The Trump Administration has deployed thousands of ventilators from the Strategic National Stockpile that have helped save lives in hotspots such as New York so far. We’re grateful to the GM team for working with the federal government to expand our nation’s supply of ventilators as the pandemic evolves.”

General Motors, in a statement, said, “GM and Ventec Life Systems are working with speed and urgency to arm front-line medical professionals with the critical care ventilators they need to treat seriously ill patients. GM is proud to deploy its purchasing and manufacturing capability alongside the respiratory care expertise of Ventec. We remain dedicated to working with the Administration to ensure American innovation and manufacturing meet the needs of the country during this global pandemic.”